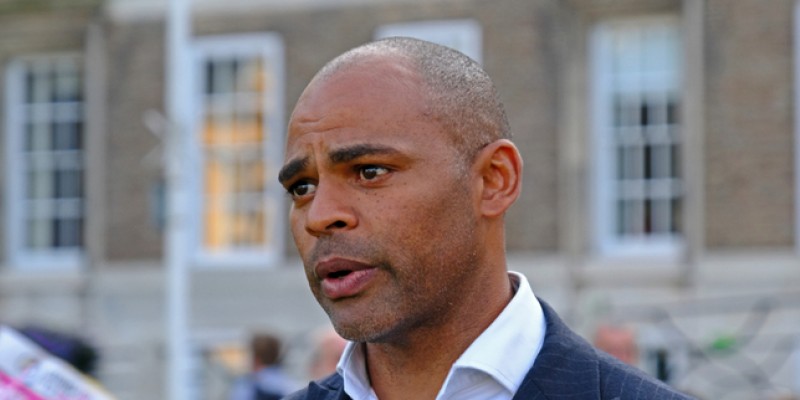 On the day that was dubbed ‘Back to Work Day’ in the media, the Business West Initiative meeting, attended by over 120 of the region’s business leaders, clearly reflected the national shift in tone and focus.

It opened with two snippets of positive news from Bristol Chamber and Initiative at Business West Chief Executive, James Durie, which served to set the tone for the meeting: firstly, that Bristol North West MP Darren Jones has been voted in as chair of the BEIS Select Committee - meaning we have key influence at a central level in Westminster and Whitehall; and secondly, that Destination Bristol’s virtual destination campaign has just been named the 3rd best in the world by Rough Guide. Both of these facts were a reminder that, whilst lockdown may be physically isolating, it is more important than ever to be outward-looking as we navigate our way into the recovery phase of COVID-19.

Recovery was very much the theme of the fast-moving meeting. Bristol Mayor Marvin Rees stated that “We need to be talking about recovery and not just waiting to see what comes along”. Whilst proudly highlighting that Bristol City Council was one of the top authorities in the country for the speed in which they’d released small business grants, he quickly moved on to explain some of the big picture work now proactively being done to take Bristol forwards to a better future. This includes seeking major infrastructure funding for Temple Quarter including the ambitious and long overdue multi-million pound plans to transform Temple Meads Station, and the development of Bristol University's new university campus next to the station across on the Temple Island site. Due to its scale this is the major regeneration project for the SW region.

It was also the day that he had sensibly elected to make an announcement on changes to more than 20 roads around the city, to ensure that social distancing can still be adhered to and go further to make it easier for walking and cycling as we start to head back to work. However, Mayor Rees reminded us that sustainability “isn’t a single-issue topic”. With a growing population the council has a complex puzzle to solve, balancing environmental measures alongside business employment space needs and significant numbers of new homes needing to be built. The virus and the measures to control it have compounded the inequalities in the city, so particular consideration must be given to those worst impacted.

Transport has a big part to play in our ability to start to move out of lockdown. How do we drive sustainable behaviour change and get people using public transport whilst socially distancing – especially with Boris’ advice to avoid public transport if not essential still ringing in our ears? James Freeman, MD of First Bus, spoke and admitted that usage on today’s ‘Back to Work Day’ appeared to be a little lower than previous days (already down to 9% of pre-COVID usage). He then went on, however, to set out an impressive plan to have Bristol’s buses almost back to the normal Monday to Friday frequency within a fortnight and arrangements to make sure they can offer both capacity and social distancing.

Matt Griffith, Business West Director of Policy, talked about the work they are doing to understand what the recovery strategy might require in the West of England and wider area, as it copes with things like a sharp rise in unemployment, the challenges of transport behaviour, and the impact on retail, the visitor economy and culture. Business West is already engaged in conversations with the Government, particularly to help them understand what the national exit strategy and phasing out of furloughing means for those sectors still in lockdown towards the end of the summer.

Whilst still a daunting task ahead, there was perhaps the first tiny glimmer of hope for the region’s 700 or so charities, who have admitted they have no reserves to fall back on. Sue Turner, CEO of Quartet Community Foundation and a longstanding Initiative member, announced that they have already successfully raised £1m from local philanthropists. The recovery plan will be firstly, stabilisation – getting them core support to keep operating; and then looking at how to raise the estimated £30 million to get the sector back on its feet. Sue posed an interesting question to the meeting: “Could Bristol’s better future include a new relationship between business and the third sector?”

Finally, there was recovery advice even for those businesses such as Hargreaves Lansdown, who have fared pretty well through this crisis. Karen Cooke, Senior HR Business Partner and Acting Head of Recruitment at Hargreaves Lansdown, advised on the need to look at and update policies, such as absence, holiday and bereavement. And staff wellbeing must be high up the agenda post-lockdown too; Hargreaves Lansdown are following and supporting partners of the Thrive Bristol model, looking at the 3 key areas of Leadership, Policy and Culture & Training. This is likely to be a subject that we are going to be talking a lot more about in the coming weeks and months, understanding how we can boost wellbeing amidst a national emphasis on ‘super-charging our economy’ and ‘making up for lost time’.

It was given to James Durie to end the meeting and he summed it up perfectly with a line that I hope Bristol officially adopts as its new recovery motto: “Recovery doesn’t mean going back to the past – it means going back to better.”

Catherine Frankpitt is founder and director of Strike Communications, a strategic PR & communications consultancy based in Bristol and a member of the Initiative.