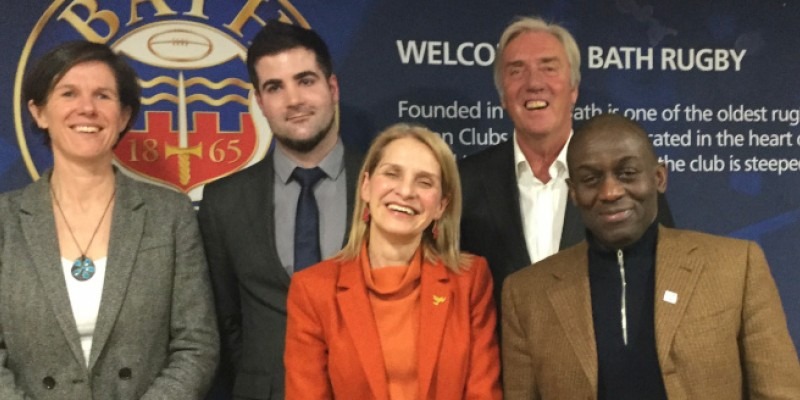 Bath Chamber of Commerce and the Initiative in B&NES arranged a Parliamentary Hustings for the City at Bath Rugby's stadium ahead of the forthcoming election, so that members could quiz candidates from the four main political parties standing. The event, chaired by Executive Director, Ian Bell, was also opened up to other groups and residents.

Naturally the subject of Brexit took up some of the time, and this led to a discussion about the Green Party choosing to stand down in the Bath Constituency. Supplementaries included questions about freedom of movement and the implications for employment of a points based immigration system.

Members have long been concerned about a lack of modern office space in Bath, which has led to some companies literally outgrowing their premises and forcing them to move to other cities. All candidates agreed it was a pressing priority for the City and they hoped the Quays development would go some way to solving the problem.

Other questions raised the issue of social deprivation in Bath which led to huge differences in lifestyle for residents living in districts relatively close to one another. Better education to achieve a higher level of skill seemed to be the solution, combined with good social service support.

The brilliant retail offering in Bath is one of the reasons the City attracts so many visitors and one questioner asked what candidates thought were the prospects for the future of the High Street. There was a consensus that a thriving City centre was good for the whole community and that shops should have a degree of protection from the impact of the internet.

More and more people are becoming concerned that too many houses were being used exclusively for short term AirBnB style rentals. There were two main problems – first there was an issue of anti-social behaviour being suffered by people living close to the premises and second that so many houses are now being used in this way that it was having an impact on housing supply and making it more difficult for families to find a suitable place to live.

Candidates agreed more regulation was required but the real issue was to provide a greater supply of good quality affordable housing. There were expressions of good intentions but no magic solution as to how that could be achieved.