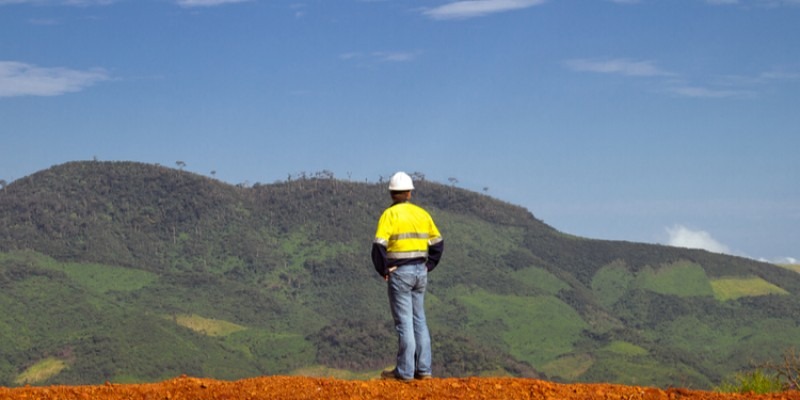 Today’s announcement that petrol and diesel cars will be banned in the UK from 2030 is yet another sign that Electric vehicles (EVs) will soon dominate the global car industry.

“America, China and Europe all desperately want to attract EV plants,” said Roderick Smith, Chairman of British Lithium, a Cornwall-based pioneer in European lithium mining. “The winners are going to be the EV producers and the losers will lose their car industries. In the UK, cars are our biggest export commodity and so economically speaking, nothing could be more important.”

France and Germany recently offered incentives of €750m and €1bn to attract EV plants, while in the US, Tesla is set to receive a $1.3 billion tax break for building its Gigafactory in the Nevada desert.

Car batteries account for 40% of an EV’s overall cost and importing them across borders can be expensive, hazardous and disruptive to the supply chain.

“The upshot is that if the UK can produce batteries, with a domestic source of the main component, lithium, that will be highly attractive to EV manufacturers,” says Roderick. “No other country in Europe is currently producing battery-grade lithium, so the competitive advantage is potentially huge.”

The stakes are certainly high for the UK; the Faraday Institute predicts that without domestic battery manufacturing, the UK will lose 114,000 existing automotive jobs by 2040. Conversely, if it can produce lithium batteries at scale, eight gigafactories will be needed by 2040, with automotive jobs growing from 186,000 to 246,000.

International competition will be fierce and already, China has secured first-mover advantage. In 2018, around 68% of lithium ion batteries were manufactured in the super state, compared to 10% in the US and just 4% in Europe.

Europe is however predicted to recover lost ground and Roderick hopes that momentum can be concentrated in the UK. His business, British Lithium, recently secured a £500k Innovate UK grant with help from Business West, Enterprise Europe Network’s South West delivery partner. We asked him how he got to this point, and what he hopes he can bring to Cornwall.

“I’m from Australia originally and spent much of my mining career there before beginning a venture in Congo where sovereign risk was a real problem. Similarly, in the Czech Republic, my son Andrew was managing the largest lithium project in Europe and the state effectively nationalised it.”

“So when Andrew discovered that high-grade lithium could be mined in Cornwall, we said ‘yippee, wouldn’t you rather be in Cornwall?’”

“We’ve put years of R&D work into creating a very benign means of extracting pure lithium and knew we could work with the Cornish granite safely. Afterall, there’s no point producing an environmental product that is in itself toxic or polluting.”

Asked what British Lithium can bring to the county, Roderick says; “When we first met with the Cornish council, they said they pretty much have full employment, the problem is job value; tourism jobs don’t tend to pay particularly well.”

Cornwall has a long mining history and Roderick hopes he can build on the existing skillsets. “We won’t be employing people to dig holes with shovels,” he says, “we’re talking about a high-tech plant with highly skilled jobs.”

The company has recently taken on three PHD experts in lithium chemistry and expects to open the mine within three to five years. To help fund the project in the meantime, the Cornwall Council recommended speaking to Business West and Roderick began work with EEN Advisor, Yvette Coles.

“The support was absolutely vital; we knew nothing about the funding options out there and Yvette was extremely helpful in making the case for an Innovate UK Smart Grant.”

“I would have really struggled with the application on my own” says Roderick, “standard questions are limited to 400 words and I have trouble saying anything in less than 10,000! Our advisor explained the exam technique and critiqued our application, enabling us to reach a very high standard.”

“Innovate UK grants are famously competitive and I think there’s two main reasons why people miss out: either the project is not worth funding, it wouldn’t give back to the community, or the applicant can’t express their potential properly. Innovate UK needs to find the best opportunities to help fuel the economy and that’s where EEN can be so impactful, ensuring those with the most potential can meet the criteria and express themselves properly.”

Asked if the company has any competitors, Roderick smiles, “no competitors, only friends. Cornish Lithium extracts lithium from deep geothermal brine and we both agree that the UK EV manufacturing industry will be more attractive if there’s more than one of us.”

“If you’re investing £1bn in a UK EV plant, you might be pleased to hear that you’re not solely reliant on British Lithium.”

“It’s also worth noting that in 2030, European lithium demand is expected to be six times higher than world production last year. So we really don’t have competitors, EVs will be critical in the fight against climate change and we’ll need every darn tone we can find.”

EEN South West will continue to support British Lithium as it moves towards commercialisation, ensuring that this critical opportunity for Cornwall, the country and the climate comes to fruition.