Paddy Bradley of SWLEP on Honda, Swindon IoT, Porton Down and more

The SWLEP Director talked to me about the big challenges it faces as the board starts to develop a new, Local Industrial Strategy to present to Government.

Hanging over all this activity, of course, is the announced closure of the Honda plant.

But I found Paddy Bradley optimistic about Honda retaining a presence in some form on the Swindon site which they own.

“The realism”, he says, ”is that there is a genuine effort to put a case to Honda’s board in Japan to maintain a presence here.

“What we don’t know is what the government might add in terms of incentives. But Honda does not have a background in seeking or taking government support in this country or Japan. They are very much a private company and they work privately.

“That is very much an active process, but in the meantime we are working across a whole series of working groups in planning what we will do if they do move.

“What could we do with the site? Plenty of people have come in asking about the site and the people.

“Nothing has been done on that while the consultation with staff is under way. I am hopeful that it means there isn’t disruption and Honda keeps its presence and brings in something new.

“At the Geneva Motor Show, they have just launched their Honda E prototype - a brilliant product.

“It has set the automotive world abuzz and has got some great reviews but it is not being manufactured in this country, however. Just think about the possibilities if we got something like that or hydrogen technology.”

In Swindon, of course, there is a Hydrogen Hub supported by the SWLEP and Business West and many businesses.

“I am hopeful that either Honda will stay with renewed commitment and support and will do something different.

“Equally, if Honda decides to leave, I am hopeful that we will be able to pick up and move with what we have got.”

He said there was “fantastic interest” in developing around the Honda site, and there was “massive” potential for industrial development around Porton in South Wiltshire.

About £4 million has been invested in a science park building just outside the Porton Down establishment. 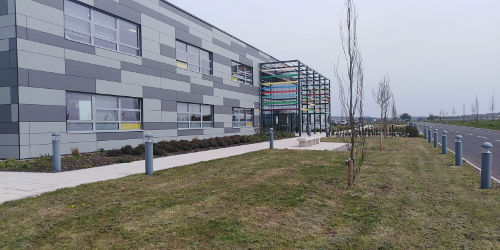 “It has huge potential with Boscombe airfield just up the road which is a massive MOD site.

“Boeing is there and is looking to expand - QinetiQ is there too.

“The opportunities really are fantastic - Salisbury is looking to regenerate its city and there are also great opportunities for Swindon in the centre.

“There is a lot of buzz and a lot of excitement. Then, you have got some great potential down the A350 because of digital businesses and cyber businesses linked to the joint forces command at Corsham. The Military is so very important to our economy.

“A third of the British Army is going to be based down at Tidworth. It will bring in lots of families with more housing needed which is going to be very good.

“What is emerging ever more is the defence side. The Defence Science and Technology Laboratory (DSTL) down at Porton have a new chief executive from Motorola who is very commercially minded.”

Paddy says that in developing the new Industrial Strategy you must try to say what is unique for your area.

“I believe we are the only LEP which has anything unique in this country because we have Porton Down. There is nothing like it in this country, even in the world.

“Nowhere has the concentration of inter-departmental focus - Public Health England, the MOD, the Home Office, the Military, Police, Forensics - all sorts of aspects involved.

“You have this amazing concentration of research scientists second to none.”

Is it fair, I ask, to say that Swindon and Wiltshire has not shouted about itself too much in the past?

“With previous regional bodies, the big moan in Swindon and Wiltshire was that all the money went to Bristol and the Peninsular - nothing reached here.

“One of the reasons the SWLEP has been accepted here is because we have pulled in £169 million from government and that has leveraged in another £300 plus million from the public and private sector.

“We have had around £516 million for capital projects.  We have got about £40 plus million of European projects and a loan project of £9 million.

“We never had anything like that under the RDA (former Regional Development Agency) days and I have got to say we still struggle because of the weight of the West of England and Bristol.

“We are the only LEP in the country without a dedicated home positioned University within its boundaries.”

Why is it that Wiltshire has been unable to secure its own University?

“There is a bit of a difference between Wiltshire and Swindon. There are greater levels of deprivation in Swindon and lower levels of attainment generally between 16 and 19.

“Swindon for many years has attempted to draw in a university. There have been a number of attempts which all ended in failure.”

However, he thinks the recently announced £21 million Institute of Technology (IoT) is just the start to develop a university in the area which is technically based. 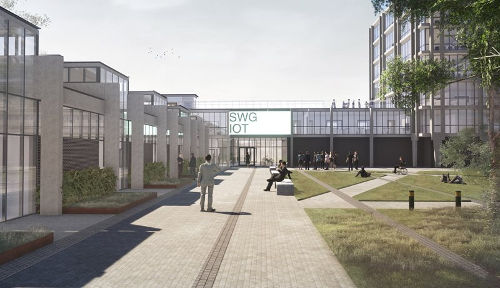 “To me, the selling point of it is you come to it and start with a job.

“So, you have got to galvanise business to be interested enough to put in some time and effort to shape the concept. You have got to get them to commit to saying we do want to bring people here and we will be able to employ them.

“One of the routes we are looking to is degree apprenticeships - we want an earn and learn approach.”

The SWLEP studied other “earn and learn” models around the world - especially at North East University in Boston.

“We found it is the power and partnership with strategic business in the area. One of the things I looked at was that over 80 per cent of their students leave there with their degree and a job.

“Wouldn’t it be brilliant if you could start with a job? It is not a new concept. The Army do it.”

The new IoT will be at Swindon College and opens in 2021 with a thousand plus students studying advanced engineering, high end IT, life sciences, financial and business services.

“These are the things on which the Swindon and the Wiltshire economy are based –on knowledge. It is a knowledge-based economy not so much straight manufacturing.

“Then if we can get degree apprenticeships established, that will begin to help us cross the divide between academic and vocational learning.

“I would almost like us to end this distinction between academic and vocational.

“I do think we have got a biased system.”

One of the things he thinks we should be stressing about apprenticeships is that you are not only learning and earning, you are getting a career.

I believe he is so right.

“We have to get parents to see the quality their children are getting from that training.

“They could do an apprenticeship and then do another one at different levels.”

I asked him what some of the key issues are for the SWLEP’s new Industrial Strategy.

“Productivity is an issue in the country as a whole - whatever the case is, we appear as a country not to be as effective in generating work and product.

“Our economy is split between the urban centralism of Swindon and the rural spread of Wiltshire.

“Productivity in Wiltshire is below the national average - Swindon’s is above it, but nobody in Swindon can afford to say we are great because we are not. The gap is widening and other people are far more productive.

“Productivity is one of the issues and our economy - despite some real hotspots - is broadly based on some low value sectors - retail, elements of tourism, hospitality and some aspects of agriculture.

“Then you have got the advanced manufacturing and defence side at the top end and business services.

“So, one of our challenges is how do we drive up the productivity of our low volume sectors while also making sure that the sectors that are growing are getting the right support to grow even faster?

“We cannot afford just to focus on one or two sectors. That would be unfair to people. 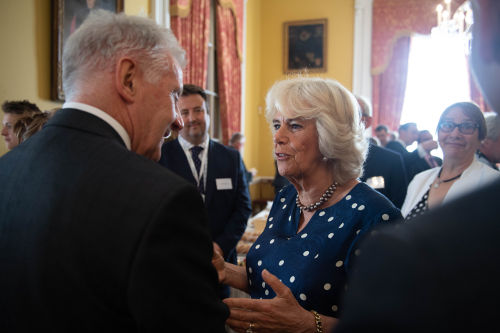 How do you do that?

“The only thing that we as a LEP can do is support new ideas to improve productivity into those low-volume sectors.

“The bits we need to hold this together include skills - not only helping residents to upskill but also to bring in young people to come to the area, train and live here.

“I am keen to have something that draws young people into the area. Quite a high percentage of young people do come back to live in Swindon.

“The group that is going to be increasing is the 65-plus population. The care industry is a low value and a low productivity sector.

“How can we bring in automation and technology to it?

Primarily, this is a rural area with just over 40 per cent of the economic output coming from what is classed as a rural area. This can be a bit confusing because this takes in Dyson and a fair bit of manufacturing in the market towns of Wiltshire.

“Dyson is a fine example and is classed as rural but it is a billion pound business.

“We just cannot ignore the rural community when we develop the local Industrial Strategy. So, there is something we are looking at something called Natural Capital.

“It is a concept of assigning a value to the landscape and bringing the environment into the economy.

“It is part of the package. We are doing all these things to encourage skills and you can also live in a wonderful landscape. Market towns are growing. They are proving more popular than cities for many people looking for that next move.

“Productivity is the most important outcome to achieve but we won’t achieve it unless we get the skills ramped up and we don’t maximise the benefits of our assets.

“Alongside the skills we have some of the ideas - not necessarily unique to the area - like hydrogen technology and new energy vehicles. Some of the products from the security and defence industry are the big ideas we want to develop.