Insolvency as an option: what might it offer me and my business? 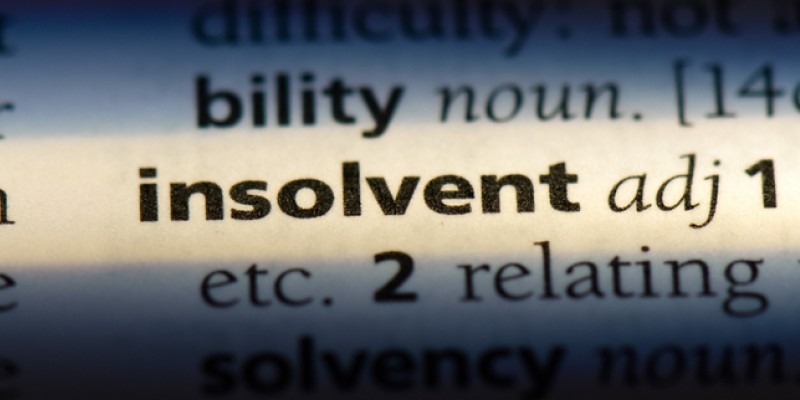 For those outside the insolvency profession, insolvency or bankruptcy can be viewed as a fundamentally negative thing; however, for those within the profession we know that it can provide respite for struggling businesses and their management, the opportunity to reshape a business and a springboard for rebirth and regrowth.

With the unprecedented impact that COVID-19 has had on the economy and business of all types, it seems logical that insolvencies will increase and therefore its natural for business owners to want to know more about the topic.  The questions and answers below are aimed at providing an introduction to relevant issues, covering both the positives and the negatives.

What is the difference between insolvency and bankruptcy?

Insolvency is an umbrella term which applies to both companies and individuals who are unable to pay their debts.  This can be either because their assets are less than their liabilities or because they don't have sufficient access to cash to pay debts that are immediately due.  In the UK (as opposed to the US) the word bankruptcy should only be used in relation to individuals and therefore in a business context would only really apply to sole traders.

What steps should the directors of businesses in financial distress be considering?

What insolvency processes are there and which is right for me?

Administration is the favoured process for trading businesses as it imposes a moratorium on creditors taking action which provides the company with some breathing space to make decisions about its future.  Conversely, liquidations are ordinarily used where a business will cease to trade and its assets simply need selling and distributing to its creditors.

The aim of a CVA is to enable the survival of the company and it works by compromising the amount the company will pay to its creditors; in recent times this process has been used in a number of high-profile cases in the retail sector to reduce the number of high street outlets they operate from.

Galvanised by COVID-19, the Government is also set on quickly introducing further restructuring processes, including a rescue moratorium, intended to support the survival and reshaping of businesses.

For individuals, the longstanding processes of bankruptcy and individual voluntary arrangements have been supplemented in recent years by debt relief orders and county court administration orders.

Which process is right for you will depend on a variety of factors which an experienced insolvency professional can assist with.

Does an insolvency process automatically mean the end for my business?

No. Insolvency practitioners and turnaround directors will always look first to possibilities to restructure and save the current company but where that is not possible they will look to maximise value from any process and generally this will be achieved where possible through a sale of the business (but not the company) as a going concern, which will preserve the position of retained employees who automatically transfer over to a purchaser.

Additionally, during COVID-19 the various insolvency processes (including administration and CVAs) are being used creatively to try to protect and preserve companies in their current corporate structure, sometimes using incumbent management teams, to enable them to come out the other side once the lockdown release stimulates the economy.

If a company enters an insolvency process who runs it?

Other than trying to preserve the business of a company, what else will an appointed insolvency practitioner do?

It is a statutory requirement that the insolvency practitioners send a report to the Insolvency Service about the conduct of the directors.  Historically this was known as the "D-Report" and is the basis on which the Insolvency Service will decide whether to take action to disqualify directors as a result of their actions when they were directors of the company.  Where directors have made decisions carefully and worked closely with advisors prior to any insolvency there is generally nothing to worry about regarding this report.

The insolvency practitioners will also look at any transactions that the company entered into before the insolvency which may have been entered into for less than market value (so called transactions at an undervalue) or with a view to preferring a creditor in the ensuing insolvency (known as a preference).  If they find these types of transaction, then then court has the power to overturn them.

I have been told that as a director of a company, I can never be liable for the debts of the company: is that correct?

Not quite.  Generally there is a separation between the directors of a company and the liabilities of that company.  However, where a company enters an insolvency process it will, by definition, not be able to pay all its creditors in full and as a result the insolvency practitioner will investigate whether there are circumstances which mean the director should be contributing to the payment of the debts of the company.

This requires one of two things to be proved to the satisfaction of the court:

a)The directors continued to trade when they knew there was no reasonable prospect of avoiding an insolvency (so called wrongful trading); or

b)The directors misapplied company funds or breached the duties they owe to the company and its stakeholders.

Helpfully, the Government has said that it will temporarily suspend the effect of the wrongful trading provisions during the course of the COVID-19 pandemic but it remains an important consideration for directors.

Simply having been through an insolvency process does not prevent a director from being involved in the management or holding a director position in another company.  However, if an adverse D-Report is filed and the Insolvency Service does take disqualification action against you, this could lead to you being unable to act as a director for a significant period of time.  This is however rare when balanced against the number of insolvencies undertaken across the country.

In addition, an undischarged bankrupt is also unable to act as the director of a company. Generally, you are discharged from bankruptcy after one year.

Joanne leads Foot Anstey's Restructuring and Insolvency offering collaborating with a broad range of businesses, directors, stakeholders and other professional advisors. Her role is focused on opportunities for turnaround rescue and restructure but also involves managing formal insolvency processes. She works closely with distressed equity and debt investors as well as with turnaround professionals and insolvency practitioners.