Responding to the Prime Minister’s statement to the House of Commons on delaying Parliament’s ‘meaningful vote’ on the Brexit Withdrawal Agreement and Political Declaration, Phil Smith, Managing Director at Business West, said: 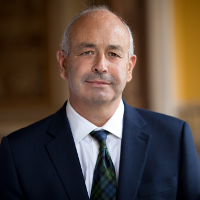 “Firms are looking on with utter dismay at the ongoing saga in Westminster, and express concern that politicians are seemingly acting in their own interest, with little regard for the millions of people whose livelihoods depend on the success of UK business and trade. Many business leaders will be intensely frustrated by yet another delay in this drawn-out process, which impacts real-world business conditions, not least currency markets.

“Businesses are clear that time is rapidly running out. With just over 100 days to go until the 29th of March, many are already enacting contingency plans in the absence of clarity from Westminster. Even basic business planning for next year has become difficult, if not impossible, for many firms and their investors.

“Our research shows that in a ‘no deal’ scenario, many businesses would cut investment and recruitment, or move some of their operations elsewhere. Survey after survey have shown that businesses will be taking decisions that are right for them, but may damage the UK economy.

“Businesses need clarity and precision on the UK’s future relationship with the EU and with other key trading partners. Businesses are clear that they do not want a messy and disorderly exit, which both government and far too many firms are underprepared for.

“Avoiding a messy exit from the EU is a matter of national urgency. Efforts must be redoubled to find a route forward, while at the same time ensuring that preparations are stepped up to help businesses and communities deal with any potential scenario.”