The future of print media 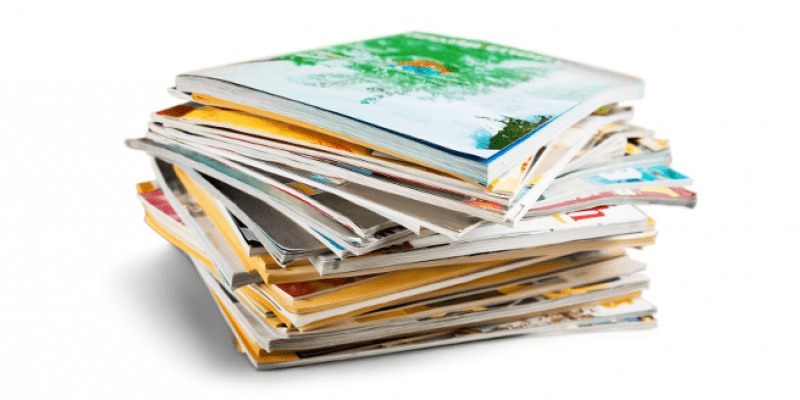 Much like how people said CDs would kill off vinyl back in the 1980s, the rise of digital media hasn’t killed off the print industry just yet. In fact, it doesn’t really look likely to at all.

While digital media may have massively taken over throughout the past decade, that doesn’t mean that print is done and dusted. There may now be less of a need for it, but printed media still offers a ton of advantages over its digital counterparts.

Here, we take you through what some of these advantages are, explaining why print media still has a future and ascertaining what exactly that future will hold.

Social media may be great for a number of things but, according to The Guardian, trust is not one of them. Following the YouGov-Cambridge Globalism Project, more than 25,000 people were asked to state whether they trusted or distrusted news or information they found online. Only 12% of respondents said they trusted information from social media, with 83% having little or no faith in platforms like Twitter or Facebook. Conversely, Kantar’s ‘Trust in News’ study found that in a poll of 8,000 people, consumers were much more trusting of print publications over digital.

Likewise, when it comes to marketing, printed media is a much more respected form of advertising over ‘frustrating’ online adverts. This comes following a report by Marketing Sherpa which found that eight out of ten internet users trusted print adverts to make purchasing decisions, rather than their online equivalents.

There’s no doubt about it – having a beautifully printed magazine, leaflet or other form of media not only looks and feels a lot nicer than an online alternative, but it also enables readers to engage with the colours, text and other creative aspects it has. It creates a longer-lasting impression as well, with many neuroscience researchers finding that paper-based content is actually much more memorable to readers than digital content.

One such example of this comes from the Canadian neuromarketing firm TrueImpact, who compared the effects of paper marketing (direct mail) with digital media (email and display adverts). Their research found that participants were much more likely to recall information when exposed to a direct mail piece (75% recall), rather than a digital advert (44%). In essence, information about brands and other information was better retained by consumers through printed media.

Moreover, a 2009 study conducted by Bangor University and branding agency Millward Brown found that the creativity of print media meant that it appeared more ‘real’ to the brain; it had a meaning and place which better engaged with a consumer’s spatial memory network.

Printed media has often had a reputation for ‘dying out’ but this doesn’t correlate to what statistics tell us. Last year alone, over £42 billion was spent on print advertising globally – a far cry from zero, or ‘dying out-appropriate’ numbers. In fact, the UK is the 5th largest producer of print media worldwide, representing a £14 billion turnover from more than 10,500 affiliated companies. That doesn’t sound like dying out to me.

One of the major reasons why businesses still spend so much on print media, especially when it comes to advertising, is because of the value for money it represents. For example, magazines and newspapers only tend to feature printed adverts that are relevant to the content they contain, whereas digital adverts range from anything to everything.

Producing printed media can also be a lot more affordable than running digital campaigns, and provide consumers with a physical product they can have an emotional attachment to. Digital media definitely has a number of advantages as well but, for many people, being able to hold and look at a physical product is preferred to having to stare at a phone or tablet for hours on end.

This article may make it seem that printed media is better than digital but that’s not the case – both forms of media have their various pros and cons. Rather than it being a case of print versus digital, both forms of media should be used to complement each other – it doesn’t have to be such a competition. Businesses need to understand this and implement strategies which utilise both forms of media. They need to realise that while print may be declining, it’s anything but dying out.

Digital forms of media may eventually take over and make printed media entirely redundant, but that time looks to be a long way off. As such, the print industry will remain a vital commodity of modern life for years and years to come.