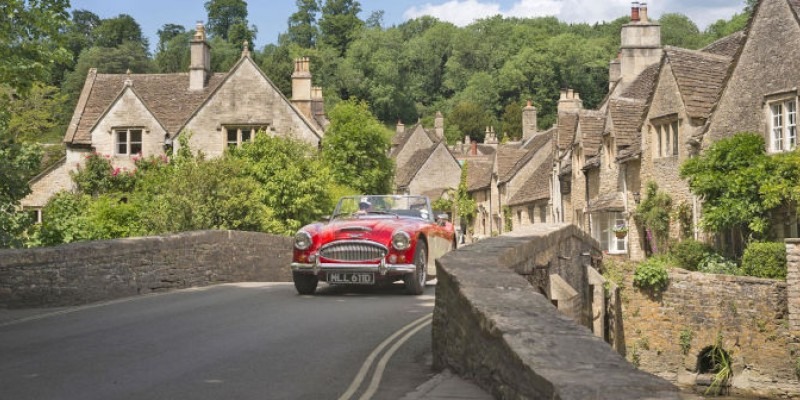 With the summer holiday period behind us, there was a definite sense of anticipation among businesses at the most recent Wiltshire Business & Economy meeting to get back to business!

Coming the day after the launch of the SWLEP draft local industrial strategy, there was certainly a lot to catch up on, so after a short introduction by Ian Larrard, Director of Swindon & Wiltshire Initiative at Business West, Ian Durston, Programme Manager at SWLEP, provided a debrief.

The local industrial strategy for Swindon & Wiltshire is based on five key foundations of productivity in the region - which are places, people, ideas, infrastructure and the business environment. Under these key headings, SWLEP will look to build on present and future work to achieve sustained, inclusive future economic growth explained Ian. To illustrate the value of this holistic approach, Swindon Institute of Technology is an example of a people centred project to build a high skilled, high wage economy. Whereas ongoing work to revitalise Salisbury in light of the recent attack is an example of work SWLEP is doing to improve the resilience of place. Importantly, said Ian Durston, a number of alliances across the public and private sector to help deliver this wide ranging approach, including Cyber Valley and the Great Western Powerhouse.

At the end of a busy summer period for the visitor economy in Wiltshire, CEO of Visit Wiltshire David Andrews gave a fascinating insight into the Great West Way project – a pioneering new place marketing initiative that he is leading on. The ambitious project, supported - VisitEngland’s Discover England Fund - was launched in 2017 with the aim of connecting DMOs and tourist boards and hospitality and visitor attractions located between London-Bristol, as well as communicating the region’s leisure and tourism offer more effectively to a global audience.

The ambition, said David, was for the Great West Way to attain the same level of brand recognition globally as Route 66 or the Wild Atlantic Way for example. The main obstacle that the Great West Way was originally intended to overcome - David explained - was flagging hotel occupancy rates and falling table bookings at restaurants, particularly those in the lesser visited parts of rural Wiltshire.

David explained that one of the main challenges the businesses affected is that international tourists typically visit the region as part of a day trip from London, taking in the sights of Stonehenge and Bath in a single day. Hoteliers and restaurateurs lose out as a result of such fleeting visits, with many of the fantastic attractions in-between often overlooked by day visitors too.

Presented with this challenge, the Great West Way initiative is a campaign designed to showcase the wealth of attractions the region has to offer whatever a visitor's interest. Moreover, to encourage international visitors to take their time to discover the region at their own pace, viewing it as a destination in its own right, rather than as a day trip from London. What was once an historic coaching route, today the Great West Way boasts a 500-mile network of road, rail, river, canal and paths, so can cater for visitors whatever their interest.

Aimed at attracting visitors from Germany, Netherlands, US and Canada - countries known globally for their love of touring routes - the project has received a barrage of positive press coverage and has been very well received by travel agents in these markets.

The good news is that visitor numbers are steadily increasing and the level of buy-in from the business community and partners in the sector has been equally impressive. GWR for example has designed a special open ticket for 7 days of unlimited travel across the network costs only £130 to help boost tourist numbers. Local authorities who have historically overlooked the importance of the visitor economy in the area have gotten involved in the Great West Way project. Over 250 ambassador network businesses have signed up to received various different benefits. Towns including Hungerford and Calne have voluntarily put the Great West Way logo on their signs. Even a Rough Guide to the Great West Way was released earlier this year.

Given these promising signs it is hoped that tourism throughout the region will experience a boost in the medium and long term.

Following David Andrews’ insightful presentation, Matt Griffith, Director of Policy at Business West gave an update on how we can help businesses prepare for Brexit.

Dee Temple-Multon, who most attendees know in her capacity as Initiative Manager at the Swindon & Wiltshire Initiative, also works part-time on Business West innovation programme - innovate2succeed (i2s). Wearing her innovation hat for the day, Dee explained how Powapacs near Salisbury were able to triple their sales growth in 9 months as a result of free support they received through i2s.

Director of Swindon & Wiltshire Initiative at Business West, Ian Larrard, then offered some concluding remarks before announcing the Initiative’s intention to set up a manufacturing cluster group in the region. Swindon & Wiltshire has a strong manufacturing sector and the cluster group is intended to bring together manufacturers from across the region to help tackle shared challenges around skills, infrastructure and more. For more information on the cluster group, businesses are encouraged to get in contact with Tina Doyle.

The next Wiltshire Business & Economy meeting will be held on 20 November – click here to register.