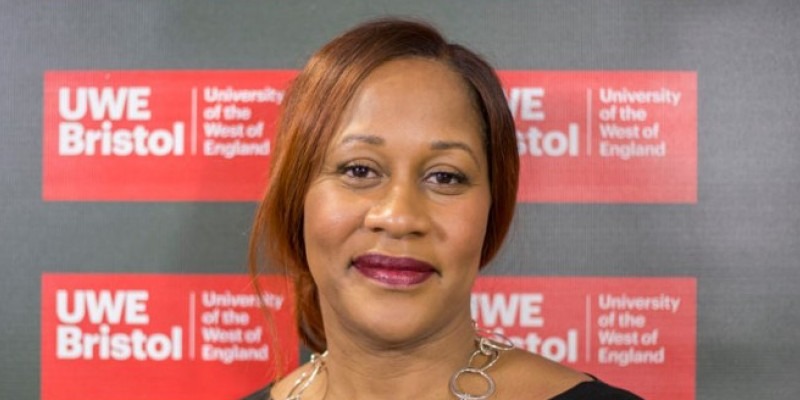 UWE, in partnership with Business West, runs an annual lecture series that brings top business leaders to Bristol. We caught up with Karen Blackett OBE, Chairwoman at MediaCom, before she gave her address:

1. You are the chairwoman of Mediacom – an enormous global organisation – that’s some achievement?

We also have offices in Birmingham, Manchester, Leeds, Edinburgh and I hop across the water to Dublin quite often as well.

So, I have absolutely seen the business grow and change, the industry’s changed as well since I started in the early 90s, that’s for sure.

2. The ad industry had a reputation for being big, brutal, macho, hugely competitive and quite glamourous during the 1990s when you came into the business?

I started in the industry on the back of a recession, when most of the ad agencies weren’t really recruiting.

So I did well to get a foot in the door, but you’re absolutely correct, the industry was predominantly white, male and middle aged at the time, but that has changed.

I am a proud member of WACL (Women in Advertising and Communications, London), which is focused on making sure that we champion female talent coming into the business and that we get more women at senior levels.

About 30 percent of the industry is now run by women, but if I look at Mediacom specifically in the UK, over 45 percent of our top team are female.

3. It’s great that the percentage of women in the ad industry is going up. But given that we do most of the buying, isn’t it about time?

I’ve said on numerous occasions that it is the responsibility of any ad agency and the client company to reflect their audience.

It’s something that we don’t like to say out loud very often, but they are more interested in their own stories rather than listening to a brand story.

So if you want to engage with a consumer, you have to reflect that story in your brand’s story, and 83 percent of all purchases are made by women.

If you think about the make-up of the UK now – it is a wonderful fruit salad of people.

1 in 4 kids at primary school are from a BAME background. When you think about the purchasing power of that audience, it’s over £300bn in the UK!

So it’s really important you reflect that audience in the content you create.

In order to create the best content, you have to change the make-up of your agency, to make sure you know and understand how to build empathy with those audiences.

4. Do you think the digital disruption of your industry has helped people to understand the need for diversity (because you haven’t had control over the marketplace like you once had?)

First the distribution of content and a story, which I think can be more empowering because people can become self-editors, but also I think what’s really important that brands have to think about is trust.

Consumers are trusting institutions, brands, governments and banks less, and trusting each other more.

Lots of news and stories come from social media and the digital space, so it’s really important to consider how you build trust and how brands make sure that consumers trust them.

You see the rise of organisations such as Trip Advisor or Airbnb, which are based on others peoples’ recommendation. These are examples of people trusting each other and looking to social media, which can be an echo chamber of getting other people’s opinions.

So I think it is brilliant because it is empowering, but it’s also something we have to watch in terms of distribution and where you build trust.

5. You won Campaign magazine’s most admired ad-land leader this year– is that right?

When I entered into the sector, gender reassignment wasn’t an option and changing my race I did not want to do, so the only way I could do it, is as me.

I think being different to the [usual] industry leaders helped me stand out - being who you are and keeping it real.

I wasn’t going to morph into something else. I’m from a working class comprehensive school background I wasn’t going to change into anything else, but I think everyone exists in their own Venn diagram, everybody has their own little area that they occupy.

Celebrating difference is something I’ve always encouraged. I totally believe in an Avengers assembly of people – everybody with their own superhero powers coming together. That’s what I actively encourage, so if a new breed of leader is somebody that’s authentic, then I presume that’s what I am.

6. You’ve also just become Chancellor of Portsmouth University. What do you say to students when you meet them about making it in the industry?

I say to students, to my son, to people in my organisation: competitive advantage, no matter what you’re doing, always has been and always will be consumer insight.

I talk a lot about having 2 ears, 1 mouth, and using them in that proportion. Really, really listening to hear the whispers in the noise to really understand what that nugget of insight is that can make a difference.

But I also think in the current climate, with what’s going on in the UK, [that] resilience is going to be really important.

I think we are living in what is known as a VUCA world, it’s a military expression, a world that is totally changeable, there is lots of ambiguity, there’s lots of complexity and I think resilience is going to be incredibly important.

7. What do you think the world of work will look like in the future?

Something that I actively encourage at the agency is to be focused on output not presenteeism.

How people want to blend their work and their life is very important – you get the best output by people being able to live their lives as well as having a successful career at work.

So I think it’s going to be more about flexible working - when I started in the industry it was about bums on seats and always being there.

In addition, if I think about students at the University of Portsmouth and students here at UWE, it’s going to be about being T-shaped. Having portfolio careers - knowing a bit about a lot of things.

Whereas you and I have had careers in the same industry or at the same corporation for 10-15 years, younger people are going to be working for longer than we are and I think they’re going to have more than 1 career.

I think it’s about having transferrable skills and knowing a bit about everything and one core specialism and being able to transfer it, which is why that resilience is so important.