Tips to make networking work for you 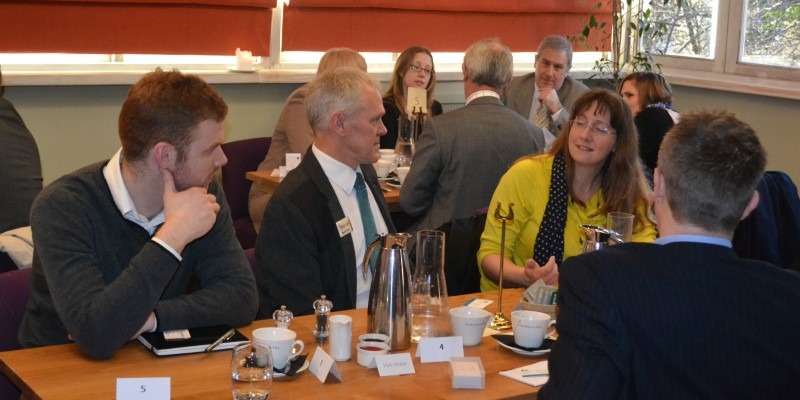 The goal of networking should be to help other people. You’re trying to develop a relationship with someone, which means you should be thinking about them. It’s your job to understand the people in your network, where they are coming from, and what’s important to them. If you become valuable within their network they will refer and connect you further.

You don’t need to know the most people, just the right people. There is no need to pass out hundreds of your business cards across an event or to pepper everyone with emails. Instead, focus on finding people that are relevant to your business and your network. It’s better to have five useful contacts than it is to have 500 that simply know your name. Work hard at nurturing your network; it will pay off in the long run.

Don’t expect business immediately. Instead of approaching networking with the goal of gaining business directly, try reaching out and building networks. Make contact with interesting and relevant people and see what happens. Some of them will respond and some of them won’t. You never know when someone in your network will be able to connect you so keep working to maintain your network.

Don’t leave networking to chance. Take some time and think what you are looking for from networking. Every once in a while you’ll stumble across someone amazing by accident, but it’s a lot easier to find who you’re looking for if you know who they are in the first place. Be proactive and create a list of people that you want to make contact with on purpose.

Connect with people on a variety of levels from a wide range of areas. By growing your network outside of the usual areas you will be more valuable. With a broad network you can be the person that connects people across industries.

Don’t dismiss anyone as irrelevant. Just because someone isn't relevant now, doesn't mean they won't be in the future. You may be able to recommend them to someone in your network, which will make you valuable to them and more likely to recommend you to people in their network.

Develop the habit of introducing people. Connecting like-minded people is a powerful way to enhance your network. Don’t make it hard work; just introduce the two of them by sharing their common interest. They can decide if they want to pursue the relationship further.  You will be the thing they have in common, by introducing people you will get people talking about you.

Ask if people want to be connected. If you’re apprehensive about connecting two people, then ask one of them if they want to be connected. “I know another person that’s doing Y, would you like for me to introduce you sometime?”. Even if they aren’t interested, they will appreciate the offer.

Nurture your current network. Most people think of networking as reaching out to new people, but don’t forget about the network that you already have. Network within the groups that are already close by.

Make it a point to follow up. After meeting someone for the first time, follow up with a brief email or note. Following up with relevant conversation helps to anchor your previous interaction in their mind and displays more personality than just sending a message that says, “Thanks for talking!”

Network with the intention of helping other people, not yourself. People enjoy doing business with those that they trust and like. The only way to build that trust is to engage with others in a helpful way. Yes, trust takes a long time to build, but insincerity takes even longer to overcome.

Networking is more about listening to what people say than saying the right things. Take the time to listen to people. You can only provide something of value to them if you listen to who they are and what they do.