What we need now is confidence 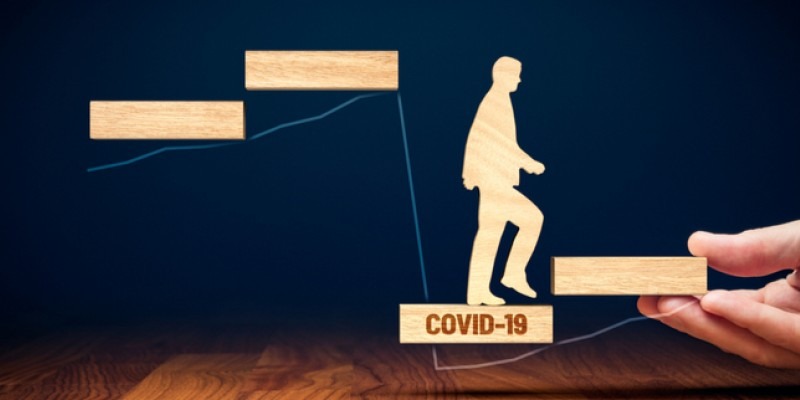 As a long-standing member of the Bristol Chamber of Commerce and West of England Initiative, I have to applaud the team for their tireless drive and determination to support our region and businesses through the pandemic.

The latest in the series of fortnightly Initiative meetings last week provided a clear demonstration of the role they have played in the region for so many years and at which, for the last ten weeks, they have thrown every ounce of energy they’ve got into #tradingthroughcoronavirus: bringing together business, community and political leaders to help shape and influence the future of Bristol, Bath and beyond and make it a better place for us all to live and work in.

Chief Executive of the Chambers of Commerce & Initiative at Business West, James Durie, and his team, gave a snapshot of this magnificent effort: helping businesses and employers to quickly access schemes such as the small business grant fund and loan schemes; working with public and private sector partners to lobby Government for the now-launched Bounce Back loan scheme to help the smallest businesses (something I’ve taken advantage of myself); conducting one of the biggest business surveys in the UK to ascertain the true impact of coronavirus in order to help inform national policy; whilst at a local level, they’ve dealt with hundreds of individual business queries, and seen well over 150,000 website views on their Trading Through Coronavirus web platform, which aims to provide daily updates and advice.

The momentum and appetite for their fortnightly meetings has continued to build, and this one – their fifth - saw more than 150 business and community leaders in attendance spanning a diverse range of sectors, private, public and third – and not just from Bristol and the West of England, but across the whole of the South West; with Chamber of Commerce members from Gloucestershire down to Cornwall and across to Dorset and Wiltshire.

Reflecting the value of these discussions, the meeting was also supported by an impressive turnout of the region’s political leaders, including Bristol Mayor Marvin Rees, West of England Mayor Tim Bowles along with senior representatives from local LEPs, the CBI, IoD, colleges and universities, Bristol Airport and Port, SWTUC, media and local councillors.

The underlying theme of this session was undoubtedly about the need for confidence. We have all been shaken by COVID-19, with our lives impacted in ways we never imagined and the future is still shrouded in uncertainty. Richard Bonner, President of Bristol Chamber & Initiative, set out this need at the start of the meeting, rightly stating that as we now begin to think about recovery, we have to look at helping create an environment for citizens to feel confident that they can get out, use public transport, come into our towns and cities again.

Katherine Bennett CBE, Senior Vice President for Airbus UK, a guest speaker for the meeting, gave a clear illustration of this need. She presented a detailed update on the grave situation faced by Airbus: operating in an industry that has witnessed a 90-95% drop in flights, domestic flights down by 70%, 25 million jobs at stake. Airbus itself has a UK workforce of 13,500 across more than 25 sites, bringing £25 billion in revenue. Like so many others, they have quickly and impressively pivoted their operations during lockdown, joining the national Ventilator Challenge UK project to deliver 15,000 ventilators from their factory in North Wales, and providing over 1 million facemasks and other PPE to national authorities.

Looking ahead, their three main priorities will be:

1. Encouraging return to flight – working with the industry to ensure a safe return, positive passenger experience and international trade

2. Sustainable aviation – they remain committed to the decarbonisation of aviation and are working towards COP 2026 in Glasgow

3. Brexit challenges – working hard with the Government to mitigate the impact

What many of the attendees were also eager to learn about, was Katherine’s second presentation, which created a positive buzz in both the discussion and chat box.

Aside from the day job, she is also Chair of the Western Gateway. Officially launched on November 1st last year by the Secretary of State for Wales, the Western Gateway covers a cross-border region encompassing the West of England and South Wales and includes eight cities (including Bristol, Bath, Newport and Cardiff), three city regions, 4.4 million residents, 11 universities and 160,000 businesses.

Touted as an idea for many years, it is an opportunity for our part of the country to become a serious contender alongside the Northern Powerhouse and Midlands Engine. Promoted by then Bristol Mayor George Ferguson as the ‘Severn Region’ back in 2014, it has never quite got out of the starting blocks, but there now appears to be a new mood and collective feeling that COVID-19 might just be the catalyst it needed.

Katherine was pleased to say that the region’s leaders have continued to keep the agenda going in spite of having to deal with the pandemic. The overarching aim of the Western Gateway is to add £56 billion to the UK economy by 2030, with a greener, fairer and stronger economy, and three key emerging ambitions: to develop world class physical and digital connectivity; to become the UK’s global gateway for export and investment; and to be a driver of innovation, particularly in digital and high-tech.

“The only way we can do this is by having a leadership group with business alongside us, to show how this western part of the UK…can contribute to the nation’s wealth.”

The next step, Katherine explained, is to work together to create a full vision document and pull together a strong economic case, with detailed business case propositions for the major investments we want to see from the Government. Katherine said that the Government places great importance on these sub regional partnerships, which include the Midlands Engine and Northern Powerhouse so we quite clearly need to demonstrate collaboration, commitment and confidence in the Western Gateway.

James Durie endorsed this: “We know business wants to do this and is so ambitious for this region…We need this part of the country heard in Whitehall and its role properly recognised and understood as part of the national conversation and we look forward to working with Katherine, our chamber colleagues in South Wales and the wider partnership to enable our businesses to make this happen.”

The meeting continued its positive trajectory with a speech from Baroness Ruby McGregor-Smith CBE, the newly elected President of British Chambers of Commerce, who brought further endorsement to the value of these meetings by choosing this as her first visit to one of the 53 regional chambers, supported by Director General Adam Marshall.

The South West is a familiar part of the country for her, having worked successfully here for many years as chief executive of Mitie. She talked about her optimism that we will, on the whole, recover from COVID-19 and set out what she sees as the three phases on the journey to recovery: restart, rebuilt and renew.

“I’m excited by growth and where it will come from. I would urge everyone to spend a few minutes every day thinking about where that growth will come from.”

Dr Adam Marshall meanwhile praised the work of the 53 Chambers of Commerce during the past three months to ensure the policy response from the Government has been stronger and better informed. He rightly suggested that, as we come out of hibernation, many companies could still be facing waves of cash crises and we need that support to be flexible and sensitive. “Guidance on reopening needs to be clear, actionable and proportionate, and must work for the small firms as well as the big ones.” He also concurred with the need to give consumers confidence – and said that this means testing, both in the workplace and the community.

During the series of questions that followed, with candid thoughts provided by Mayors Marvin Rees and Tim Bowles, the other key areas that were raised as needing to collectively be factored into our recovery strategies are sustainable development, tacking inequalities, diversity and deprivation. As Marvin said, “It’s important we don’t see this as a nice outcome tacked onto the back end of economic development.”

The final point of the meeting raised in terms of its importance in building confidence was around the role of regulators.

Dr Adam Marshall summed it up: “Both for local authorities and for the Health and Safety Executive, we in business need you to do everything in your power to help us get things right. If this turns into a box ticking exercise where someone comes in with a clipboard and a copy of the guidance…I think we will take a step backwards in terms of that confidence. If, on the other hand, regulators are helping particularly small and medium sized businesses to check what they have done in order to bring people back safely and to make any adjustments that might be required, I think we can build more strongly on the foundation that we’ve laid already.”

Catherine Frankpitt is founder and director of Strike Communications, a strategic PR & communications consultancy based in Bristol.