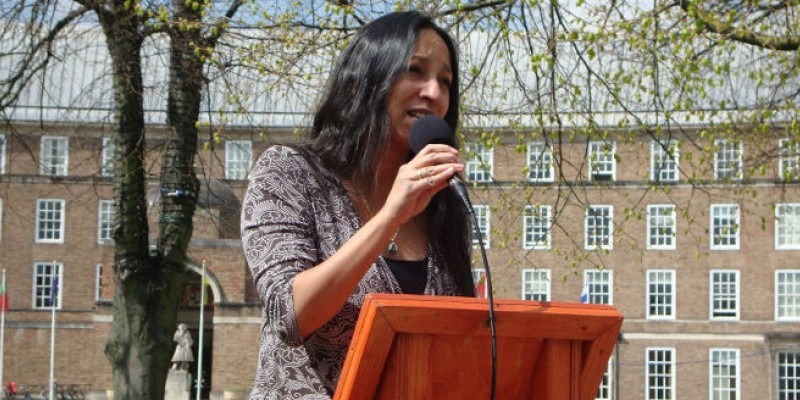 Jaya Chakrabarti, MBE is an amazing woman who is talking in Bath as part of the 'Phenomenal Women' series - supported by Business West on June 12 at The Gainsborough Bath Spa.

Vice president of the Bristol Chamber of Commerce & Initiative, she calls herself a ‘Brist-alien’ (a wannabe Bristolian), but admits she is a Watford girl.

“I don’t say that very loudly. I call myself a ‘Brist-alien’ and a mother of Bristolians.” she tells me in her office in the centre of Bristol.

“I was a former scientist who ended up in digital media when traditional media companies were thinking they might swallow up an upstart like us.”

She has run an award-winning digital agency, Nameless, since 1999 with her husband, Stuart Gallemore and we are sitting in their building which she says “is the only tangible asset” they have got.

Their agency was very successful and they rode through the dotcom bubble but they got, in her words, “bitten in the ass”, by a bad debt from a major player which led them to downsizing their team from 16 to six.

Jaya is far from the image of the typical digital boss. She is understated and tells me her MBE awarded in 2014’s Honours List was “For services to the Creative Digital Industries and the community in Bristol.”

While heavily pregnant, Jaya chaired the referendum for the democratically elected Mayor in 2012. Bristol was the only city to do so.

Jaya trained as a scientist and then became a data scientist, who has made a reputation for herself as being very vocal on digital and technology for the common good.

As a former newspaper editor, I haven’t met too many people who I could honestly say share Jaya’s digital philosophy.

Her agency now specialises in what seems to me to be a very niche area - digging out the bad guys who are often flouting human rights in terms of modern slavery.

Don’t get me wrong. This is nothing to do with the dark cloud of traditional slavery as has tarnished the name of Bristol in recent years.

Modern slavery has far more to do with supply chains and workers at home and abroad involved in making clothes sold by large fashion stores, or picking fruit sold by supermarkets, or building our houses in the UK for example.

Her company’s reputation is such that TISCreport.org, launched in 2016, is now the world’s largest anti-slavery register.

Jaya and her husband, Stuart, are frighteningly analytical about the complexities of human rights and their relationship with corporate behaviour through data.

She says: “We started with a piece of legislation - in this case the UK Modern Slavery Act. Within it there is a section requiring large companies to report transparently about who they buy goods and services from, and it has an unprecedented global reach.

“Under the same bell curve as modern slavery, you have labour exploitation and with all of that is corruption and bribery.”

Thanks to the Modern Slavery Act the intelligence they generate from the data can now uncover high-risk companies previously under the radar. Jaya says the legislation was simply not there before to tackle modern day slavery.

“Part of the complexity lies in the fact that it is so intertwined with migration and immigration”, she adds. 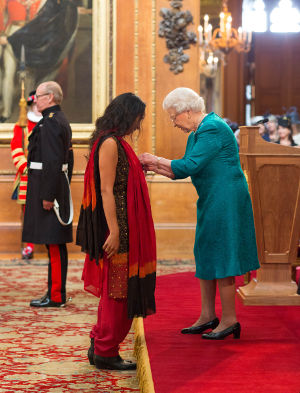 Perhaps rather rudely I ask her: how do you make money out of this work?

“If this was all about money, we would be doing something completely different, so we realised quite early in running a digital agency you never make much money.

“The perception of value in the creative sector has really been quite low.

When it comes to data and slavery and supply chains, there are lots of companies making money in silos - they are selling data but not sharing it.

“Half the battle we have in terms of the rise of corruption, money laundering, bribery and exploitation, is that these people don’t talk about it and they don’t share the data.

“We polled a whole list of companies that are in scope for Modern Slavery Act compliance. That means they are over £36 million turnover and they have to produce a statement to say what they are doing about modern slavery and how they are tackling it.

“With our data science skills, we have been able to pull together a list of companies in scope of the legislation that government has not yet published and has had issues publishing. So, we have enabled people to start to see companies that usually lurk in the background, some of whom are not consumer-facing and don’t like to be seen.

“Some of those companies have been exploiting staff or have been inadvertently facilitating human rights abuses in other countries because of the relationships they have.”

They have even had vulnerable overseas workers coming to their business register saying they have been offered a job by this company - asking what they know about them.

Jaya and Stuart don’t just specialise in modern slavery legislation - they cover payment practices such as if buyers are paying their suppliers late.

“This is a massive issue. In our travels dealing with modern slavery and exploitation data, we found a whole graveyard of potentially impactful regulations that have not been enforced.

“How can you expect a supplier to pay their employees on time if you won’t pay them on time? This is all part of a connectedness between modern slavery and their hidden causes.

“As a physicist I never thought I would be wading this deep in compliance but there is a science to it. That’s the beautiful thing. The science starts with: did or didn’t they comply?"

She talks about the collapse of contractors Carillion, and said they used their key suppliers as a bank. They track companies’ supply chains throughout the world - compliance is just the tip of the iceberg.

“We know that supply chains are global but unless we make modern slavery and labour exploitation relevant and important here in the UK you will never get consumers to care about what is going beyond our shores.”

She will actually ask at the store checkout if they can tell her if the product has been responsibly sourced.

And she says: “Increasingly, some of them do know because it is part of their training.”

How does her company work?

At the moment they are concentrating on compliance with the Modern Slavery Act - any company that has not complied with section 54 might be named and shamed in coming months by the Government.

So, she says they have “loads of companies in a panic” because they are still overdue. 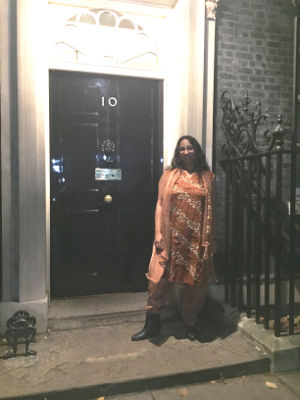 They have the only register of compliant and non-compliant companies, and report on compliance regularly to the Home Office Modern Slavery Strategy and Implementation Group Transparency in Supply Chains (MSSIG TISC) board.

The only enforcement really is by supply chain leverage.

“Every single buyer has some leverage so we try and aggregate that leverage to get positive and sustainable human rights outcomes at scale.”

It has been a hard slog, she admits.

“This is as much about making sure the truth is out there. Open data is the only way. Most companies will try and do the right thing and knowing the data is openly available helps keep the focus on taking action.

“Open data makes the data available for people to use for societal good for free.”

And for commercial use they sustain themselves by selling commercial data licences to companies to monitor and reduce their supply chain risks. Sensitive data that is financially valuable.

How do you deal with blatant untruths?, I ask.

“With evidence, with data. A company might say one thing in their accounts but their behaviour and non-financial data might indicate the opposite. The whole point of transparency in supply chains is to use this to detect potential risks. There is a battle right now for the truth - who controls it and who controls the narrative.

“It is not an easy job, or a profitable job. But I am not a normal sell-it-quick entrepreneur. I am a norm entrepreneur - I am interested in changing behaviours.

“We must change corporate and government behaviour for the long term or we are screwed.

“The aim is to make it really hard to lie or do the wrong thing, and really easy to do the right thing. We are a carrot, not a stick.” 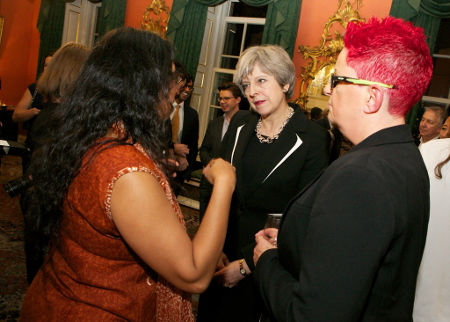 As a woman of real principle, I ask her why she doesn’t go into politics.

"Because the truth cannot be said in a sound bite. I am a scientist at heart - I am not about creating something which says ‘them good, them bad’. That’s too binary and has caused the mess we’re seeing now in Brexit. The truth is more nuanced than that.”

Whatever she does it will always be about technology, connectedness and human rights.

“This whole thing about social media and how we don’t form communities any more, it’s destroying us. We (society) have even created a drug to counteract loneliness - that is an absurd solution just because you don’t talk to your neighbours! We need to re-humanise society.

“I have been invited to join different parties over the years but I’m strictly a single-issue cross-party kinda girl.”

“Regardless of what happens with Brexit, the people who felt left behind must never be in that position again.

“If we are going to bring back faith in politics, we need to start with the truth. So, for me as a data scientist it is about being accurate with our data from which we draw our policies, and if someone is lying or misinterpreting to support an agenda it needs to be far easier to tell. Right now it is very difficult”.

What would she say in her epitaph?

This is a lady of courage who well deserves to be a ‘Phenomenal Women’ speaker.