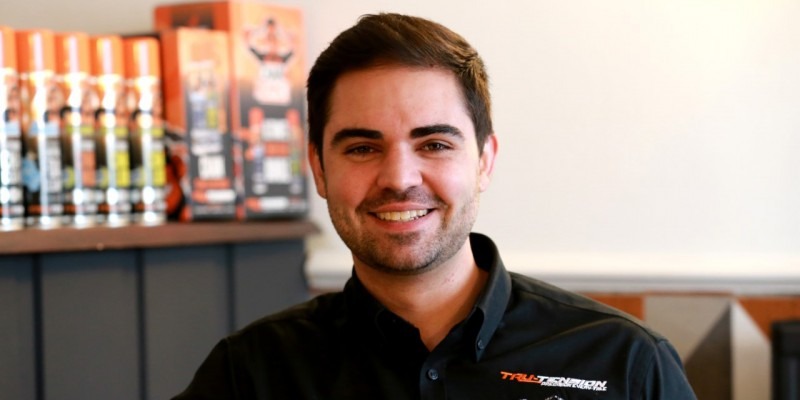 A Bristol based company which exports a range of maintenance solutions for bicycles, motorcycles and karts has achieved 350 % export growth to the US over the last three years. In the last year, its online orders to the US have increased by 250 %. Its sales over the next five years are expected to reach £20 million.

To mark Bike Week, an annual celebration to showcase cycling and its benefits, we spoke to Chris Frappell, founder of Tru Tension about his export success to the US.

The company’s growth in the US market over the last year came as research emerged that during the coronavirus pandemic, cycling in the US and across the world increased significantly due to more time spent outside. According to the Rails-to-Trails conservancy, ridership on trails in the US increased three-fold in 2020 from the same period the year before.

Research by People for Bikes found that One in 10 American adults reported having ridden a bike for the first time in a year (or longer) since the onset of Covid-19.

Chris Frappell was 23 when he started Tru Tension and said he remembers “the exact moment he thought of the idea.”

He said: “My mechanic was trying to get the chain tension right and couldn’t – so I thought of the idea of the Chain Monkey (one of the company’s most popular products). This is a chain tension tool that bolts onto a chain and induces an arc into the chain giving you the movement you need.”

“I approached a couple of retailers after doing some development and found there was a keen gap in the market where nothing had been invented to overcome the issue.

“We launched the product in 2016 and within the space of a couple of weeks we were getting orders from the US, Australia and Europe.”

The company was approached by a US distributor who came across the product and has now been working with the business for over three years. While Tru Tension initially began its export journey after being sought out by businesses in the US, DIT (The Department for International Trade has supported the company to develop relationships with key customers.

“DIT has supported us hugely during our export journey to the US. They provided us with a couple of grants to help us get the brand going in the US. Without these there would be no chance we’d be in the position we are now.

“If you’ve got questions about export its very easy to pick up the phone to DIT and get the information you need.

“At the beginning, I attended a workshop with DIT about export and how to get into the US market which was so useful”

According to Chris, export isn’t just plain sailing and you need to put the groundwork in to be successful. He says:

“One of the most difficult aspects has been getting the business established in the US. We’ve just done a deal in the US where it all happened through phone conversation rather than meeting which was quite challenging. All the deals we’ve done in the past have resulted from meeting people in person and building a rapport.

“It’s important to keep closely in touch with distributors, especially virtually, to maintain your relationships.

“Determination and persistence are also important. Recently, we did a lot of calling around to find a distributor for the cycling part of the business. It was all about finding the right person who connects with the same values we have.

“You either go with a big distributor who sell various products and brands, or a smaller distributor who is more dedicated but might not have the reach. We’ve gone for a mix between the two. It’s about trying to weigh up what you want.”

Although the company’s exports have slowed during coronavirus, its online export sales have more than trebled over the last year which has maintained the company’s growth. When asked about the advice he would give to other companies looking to export he said:

“Export as quickly as possible. Domestic is great, but the international market is the slower burning but potentially more profitable side of the business. You can get big orders a few times a year with international trade which can really help your company grow.”

The business has also ensured it has localised its websites for different markets. Chris said:

“We found that if you had co.uk website you couldn’t really sell to the US. It’s also things like the wording – using z’s instead of s’s. We’ve found that US companies and consumers prefer to buy from US websites with US language.”

“Without DIT it wouldn’t have happened anywhere near as quickly but also a lot of it is learning as you go along with it.