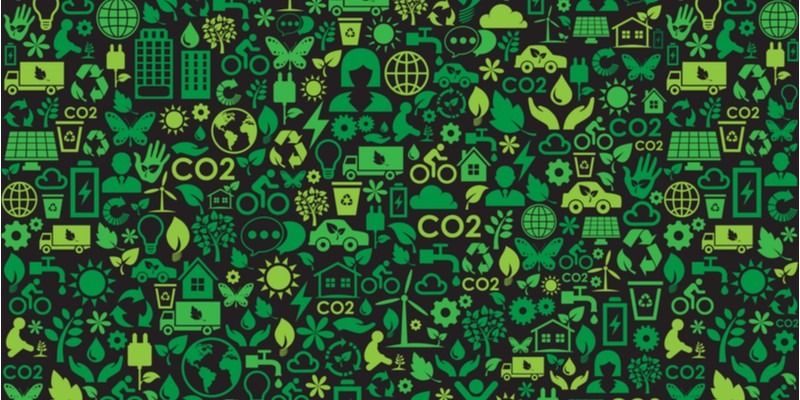 As the focus of COP26 today focuses on cities, regions, and the built environment, it is an important reminder to celebrate our city of Bristol and the West of England’s achievements on its journey to Net Zero, and to consider the challenges ahead.

Bristol has a very important role to play on the journey to Net Zero and climate resilience. Not only is it the UK's first cycling city, Bristol is also a Fairtrade city, which sees us trading fairly with nearly five million workers in 58 developing countries. We're home to the Soil Association, the Environment Agency, the BBC Natural History Unit and Sustrans, the sustainable transport charity behind the development of the National Cycle Network.

As a city, we clearly have strong credentials when it comes to transforming our economy and taking leading positions on crucial commitments, such as backing an ambitious pledge for the city to become carbon neutral by 2030 – 20 years earlier than previously agreed. We’re proud to have continued to build on the successes of being the UK’s first ever European Green Capital back in 2015.

The region is seeing strong research and development initiatives, with examples such as the work GKN, Airbus and Rolls Royce are collectively delivering to decarbonise aviation. We are also getting better at becoming more coordinated around decarbonising transport, so that we’re helping to support the transition from car usage to more sustainable modes of transport.

Last year, Bristol declared it faces an ‘ecological emergency’, recognising that the challenges don’t simply lie with decarbonisation, but also about how we collectively deal with biodiversity and the natural environment. As a region, we’ve started to develop strategies to bring these two very important constructs together.

The region has created a strong voice with not only raising awareness around green issues, but also around how we can collaboratively take on the actions urgently needed to meet climate emergency challenges. Organisations and public sector leaders have initiated good community engagement addressing the issues on how to tackle those pathways, as well as supporting the creation of green jobs, so we have the necessary skilled workforce. There has been a lot of leadership within our local businesses and industries through the work Business West is delivering to bring important case studies to life and directing people to the necessary support.

With all our collective efforts, the challenge is mighty and there is still a huge amount to be done. We have three big ticket items to address over the next ten years to achieve our Net Zero carbon target.

Firstly, despite our efforts, there is still a huge amount to do around decarbonising transportation systems and networks, such as creating more sustainable transport links and walking/cycling routes.

Secondly, there is also a lot of work to do around decarbonising property stock and housing, which currently makes up a huge amount of our carbon footprint. Options such as retrofitting to decarbonise housing or reduce energy load, or indeed to transition to low-carbon energy, must be considered.

The third major challenge, which has a particular impact on the West of England, is the increased threat of floods and the need to increase city resiliency. The £80 million Avonmouth Severnside Enterprise Area (ASEA) Ecology Mitigation and Flood Defence Project is a fantastic example of a project that is reducing flood risk while creating great impetus for economic development in our region. In Bristol alone, we will need to spend around £300 million over the next 15-20 years to protect the city from rising sea levels. It is a real challenge bringing the public and private sectors together to coordinate, fund and deliver significant investments to protect the communities in which we live and work.

So, what can other cities and regions learn from us? One of the things I’ve always admired about Bristol and the West of England is that we are very good at convening conversations and sharing knowledge. A huge amount of work that came from our stint as European Green Capital and into the Bristol Green Capital Partnership is a great testament to the way we share insights, best practice and mobilise people to transition and transform.

As a region, we look globally to learn about the best ways to tackle the big issues. We have a very strong network with global mayors and institutions, including the World Economic Forum. Meanwhile, the Mayor of Bristol has been working closely with the Mayor of Glasgow during the run up to COP26 to look at ways to fund a green, fair and just society. There are many important discussions taking place around how we can take the promises and commitments from COP26 and bring those to life with deliverable actions. The world is truly our oyster and together we can protect it.