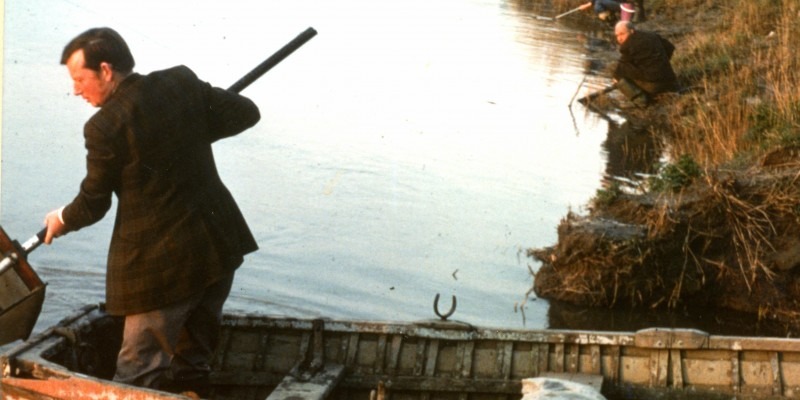 A company called Glass Eels based in Gloucester which has been catching and distributing glass Elver eels from the River Severn since the early 1970’s may be forced to close if it fails to meet requirements that have been introduced as a result of Brexit.

The company which currently exports to countries like Germany, Sweden and Lithuania, without the need for checks or restrictions, will now have to meet the requirements that exist for non-EU members and prove their practices are non-detrimental to endangered species.

The company is also no longer able to fly the eels out of Gloucestershire airport as it is not a registered Animal Border Inspection Post.

“This will mean flying them probably to Manchester and will cause major issues if we are able to export, as it will mean too much handling of the glass eels and the risk of them getting warm on runways, having delayed take off times and ultimately dying.

“Companies are facing a huge amount of change due to new rules and regulations introduced because of Brexit as well as the added pressure of the pandemic affecting supply chains.

“We are doing everything we can to support companies like Glass Eels. While the issue of restricting eel fishing is not dependent on a deal or no deal Brexit, it’s important that attention is drawn to issues like this so businesses have a voice during the negotiations.”

The review is required to be undertaken by The Scientific Review Group, a constituent part of the European Commission who are responsible for evaluating and regulating trade.

The company will be required to produce a non-detrimental finding. This will come in the form of research carried out by the company and the Environment Agency, which will then be put forward to the UK’s Scientific Authority for CITES which is the Joint Nature Conservation Committee (JNCC), to assess whether their fishing practices are sustainable.

The company had concerns about the quality of the data that has been produced, which meant they have had to undertake their own research to help protect their company.

Commenting on the situation, Victoria said:

“The Environment Agency used a lot of data which isn’t current, and which is based on a river in Canada where they catch 100% of the fish in their river. The fisherman on the River Severn do not catch anywhere near this amount.

“We’ve had to produce our own paper which has been peer reviewed and published. Now we just have to wait for our fate to be decided as to whether we can export to the EU or not…Brexit might mean the end of our business.”

The company has already faced a financial blow as the Joint Nature Conservation Committee (JNCC) has made the decision that fishing of Elver eels cannot continue in Welsh rivers as it could not be proven that enough elvers could escape the fishery to allow for a surplus to continue their population.

However, the company is appealing the decision in a letter citing the impact on livelihoods of fisherman working in the sector, including research that contradicts the decision.

Peter Wood, founder of the company writes in the letter:

“There are some 40 Welsh glass eel fishermen who will lose part of their livelihood, that supply us the sector with glass eels.

“The sector needs a minimum critical mass to be viable, this mass has been gradually eroded over the last ten years, further loss of fishermen will still have a significant impact on the sector.”

While the company is still facing a great deal of uncertainty, they are certain of one thing and that is that if they are allowed to continue exporting to and importing from the EU they will  be required to complete new documentation such as customs declarations.

Companies can register their interest for the ChamberCustoms service which will take the hassle away from importers and exporters and ensure that customs clearance is accurate, timely and avoids costs through delays or errors.

Commenting on the support the company has received from Business West Victoria said:

“I had no idea how to do any customs declarations and Business West have helped us enormously to understand what we’ve got to do to get our goods out of the country if we are permitted to.

“We’ve just got to wait until the middle of December to find out if we can still export to Europe.”

For more information about Brexit and to keep up to date on the rules and regulations, businesses can visit www.tradingthroughbrexit.co.uk