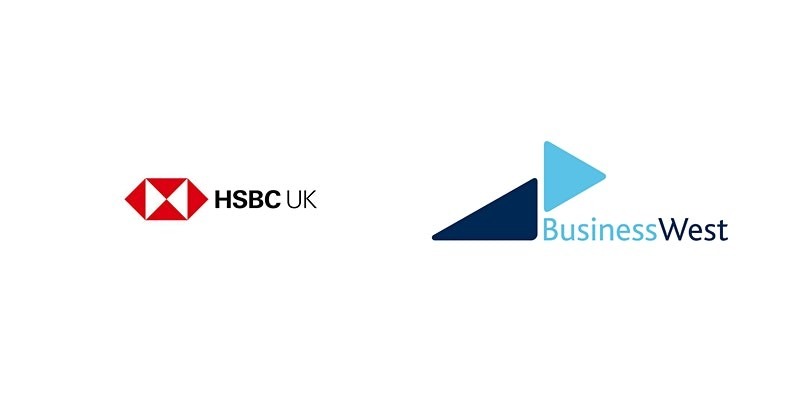 You would find it very difficult to find a banker with more clarity and knowledge of our economy than Mark Berrisford-Smith.

He is Head of Economics at HSBC UK and was the key speaker at our Business West Swindon & Wiltshire Initiative webinar - Building Back Better.

On the day that we saw our trade figures brighten slightly, he gave us a masterclass - in simple terms - that our economy was now in lift-off mode.

As the High Street fully reopened, the GDP figures showed a modest return to health for February.

Mark’s view is that our economy was now possibly at lift off.

He said that January 2021 was one of those “good riddance”  months we had been glad to get rid of without catching COVID.

“Things are now very definitely on the mend - at least here in the UK. There is a global recovery that remains on track.”

However, this all now hinged on how quickly the vaccine could be rolled out.

It had not been a great 2020 and we had suffered more than most countries did at the height of the pandemic.

“There are not many countries that reported 9 and 10 per cent falls in their GDP last year.

“This year, the news is now much, much better and that is all down to the vaccine rollout which is something we do seem to have got right.”

He was now “pretty optimistic” about the UK heading for 6 percent growth.

“Our official forecast is for 5 percent but given what has happened in the first quarter I think we could well nudge that figure a little bit higher.”

Mark believes there is a “pent up avalanche of demand” from people with all the money they had not spent in the last year.

Staggeringly, he estimated that across the world’s economies that figure was something like $3 trillion. Mind-blowing!

“Something has got to be done with that money.”

So, where is Britain in this global picture? he asked.

“We are at the start of this lift off process. The latest figures we have are for February and there was a modicum of growth after what was largely a downturn in January.

“In effect, February output was about flat if you take the Brexit effect out of that.

“We will see more of a revival in March because we have the schools opened, and then the figures will really start to take off in  April we will get those figures in June.”

He said that GDP for the first quarter of this year will not be down a lot - perhaps only 1.5-2 percent.

“This is the remarkable thing. We have gone through a quarter with everybody shutting their houses and most of the places we like to go out to closed and our GDP will have fallen by less than 2 per cent.

It certainly is and how many of us would have guessed that I wonder.

In the space of twelve months, he said we had really learned to live with COVID.

And the falls that we have seen in output are nothing like those we saw in the second quarter of last year during the pandemic.

Then, there were some sectors that showed contraction in their business of more than 90 percent, but we had seen nothing like that this time around.

He believes that we will get back to pre-pandemic levels of growth by the first half of next year.

“That is a lot faster than I would have told you a year ago. I would have thought end of 2022 - possibly more likely the first few months of 2023 to get back to pre-pandemic.

“What has caused the difference is that we got through the winter despite it being so bad in terms of the pandemic with such a small fall in our GDP.

“It’s the unleashing of that pent up demand from consumers which is going to drive the recovery, and the government’s measures to prompt businesses to invest which will stoke growth even faster as we go through this year and next.

“But first and foremost, it is going to be a consumer recovery with consumers spending being 65-70 percent of GDP in an economy like ours.”

During the winter months of lockdown, the money in people’s bank accounts has been rising by about £20 billion a month.

What are we going to do with it and when? is the question he posed.

On the Budget, Mark said there were big numbers, with the Chancellor giving away £60 billion for two years but then taking it back in the next three years.

“One of the things to come out of the pandemic - and across the world - will be increasing corporation tax rates.”

And corporation tax rates under 20 percent will be “few and far between and probably non-existent.”

Rishi Sunak wants business to invest hence this super deduction scheme - is it a runner, does it stack up?, Mark asked.

“Is it going to work? The idea is that you get out there and invest for the next two years because the allowance will be taken off you.”

I found Mark’s exposition of the economy enormously interesting and very upbeat.

“The lift off is now about to get going - the rocket is about to leave the launch pad. Let’s hope it makes it safely into orbit and back into pre-pandemic GDP without any more COVID mishaps.

“I think what we can look forward to this year is a very active corporate landscape. There will be a lot going on.”

I would say that an economist with real clarity and background in the world of business is these days something of an endangered species.

Mark Berrisford-Smith of HSBC is certainly one of them.

This webinar is one of three organised by HSBC’s Relationship Director UK, Peter Greaves and Ian Larrard, Business West’s Director for Wiltshire and Swindon. The next is on 11th May with Roland Emmans, Head of Technology Sector at HSBC. Click here to register.