Work visas and immigration post-Brexit: what can we expect? 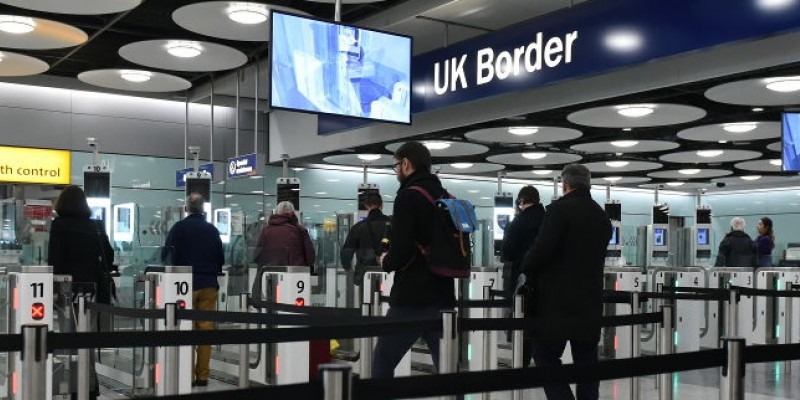 Many organisations are not yet prepared for a world where we no longer have access to the best talent from a pool of 300m+ people without having to slap on a visa cost and process.

Given that Brexit is likely to include migration controls, we should think long and hard about the actual implications on organisations and institutions that have staff shortages they have so far been unable to fill with local British talent.

For Bristol, this change is going to be big. We are a city that has long welcomed international migrants, and our openness and diversity plays a key part of our attractiveness as a city.

In this respect, the challenge has already started. Even though immigration controls are yet to come into force, the Brexit vote has made many people feel unwelcome. I have heard it from applicants and I hear it from EU citizens already in the country - some of whom feel that this is no longer a place they can call home. This undoubtedly affects the numbers of applicants, but there are other issues - long-term planning and uncertain futures (will they be eligible for pensions, mortgages, healthcare?) are just two, and the potential introduction of visas is another.

Visas are prohibitive to the potential migrant. Visas are suitable for some occasions, but my blog will focus on what organisations that need immigration in order to survive have to do. Visas are expensive, time-consuming, bureaucratic, frustrating and go against the easy spur-of-the-moment culture that, quite frankly, the whole of Europe has grown used to increasingly over the past few decades. Up until now, employers haven’t wanted the hassle and expense of the work permit system.

As the founder of Bristol’s very own Redland Search, I have recruited circa 500 people myself over the course of 15 or so years. My records indicate that roughly a third were immigrants and only one needed a work permit (or sponsorship).  For the most part, my clients do not want to be sent CVs from candidates that need sponsorship. They want candidates that will accept the job and start without any additional complications (bear in mind the vetting process for most of my clients and candidates already includes 5 years of referencing, proof of any gaps in the CV, proof of address, credit check and, sometimes, DBS checks).

As qualifications, standards and markets have homogenised across the unanimously agreed territories of EMEA, AsiaPac and Americas, the need to get local talent has decreased. Any global business will be operating to IFRS accounting standards or applying the principles of Basel 3 in Banking (or Solvency 2 in insurance). As long as the candidate can communicate well (the only reason in general that British businesses are more reluctant to hire EU citizens), it doesn’t matter if your education in mathematics, medicine, economics or architecture is from Warwick, Sorbonne, Amsterdam or Bocconi. In the professions, we are integrated across the whole of Europe and beyond.

In my years of recruiting, I have never lost track of the economic driver for migration. Through the early part of my career I was recruiting locums for the NHS and I was acutely aware of the fact that 90% of my candidates were Australians, New Zealanders or South Africans here on working holiday visas. The working holiday visas allowed them freedom to work where they liked for two years. They were propping up the NHS for many years and I had 50 working for me at any one point across the UK - from Orkney to Gibraltar. Speaking to them every couple of weeks, it was apparent that all bar a few were here for two years - to earn money, save and travel. Between 2008 and 2010, the currency exchange flipped on its head and the UK was no longer the attraction it once had been for our Antipodean friends. The applications dried up.

By this time, however, the Irish, Greek and Spanish economies were suffering and in came the applications to fill the holes left by applicants from the former commonwealth.

I suppose where this leads us is to think through the kind of visa system we are going to need in a post-freedom of movement environment. One visa solution doesn’t cover all types of immigration.

When positioning ourselves in a future post-Brexit ideal world, migrants are too often grouped together as the same, and the methods of restricting immigration are decreed as a one-size-fits-all (“we’re going to have an Australian points-based system”). The reality is that the reasons for emigrating are so numerous that it would be impossible to list them here and now. From a recruitment perspective, I have seen very many visas: student, highly skilled migrant, spousal, working holiday, and sponsorship being the most likely to cross my path.

Some of the many problems we are likely to face in a post-Brexit world:

For many years, we have had migrant workers spending some months here to learn English and working in hospitality or low-skilled roles. A large number of agricultural organisations, hotels, restaurants and, dare I say it, households are very dependent on low-cost EU migration. There will be large numbers of institutions whose entire business model is based on this form of immigration.

The café opposite my office is almost entirely Spanish, but I can’t imagine any of those workers wanting to be tied to that one employer. Freedom to change jobs is liberating and people across Europe are used to it. If we reduce workers’ ability to change jobs, we will lose swathes of those people.

An economics PhD from the University of Berlin is looking for her first job. She is Czech, but speaks German, French and English. The University of Bristol wants her to front a research project, but so does the University of Amsterdam and University of Grenoble Alps. Any kind of prohibitive visa process is going to put her off unless the financial incentive is too good to turn down.

Decades of integration means businesses and institutions have become accustomed to this employment environment and it is not fair to expect them to change without offering solutions to their problems. We were used to having a buyer’s market - we pay more than other countries, EU citizens are more likely to speak English than any other language and they will have a higher standard of life here (okay, yes, there’s no sunshine, but the TV is better). If we couldn’t find people locally, we could definitely get someone from mainland Europe and this enabled businesses to grow quickly. A lot of attention needs to be paid to the changes that these organisations will be forced to make.

So what solutions can we offer?

By no means an exhaustive list, but these spring to mind as a humble recruiter.

1. Businesses will have to accept that the buyer’s market is over and understand that their hard-to-fill vacancies won’t get filled any time soon without moving towards the work permit scenario. For the largest organisations, this means having large in-house immigration teams.

2. Invest heavily in training. One view of the positive outcomes that may come from immigration restrictions is that organisations will be forced to train up their staff and return to a bygone era of loyal-workers, apprenticeships, and businesses investing in their staff (of course, the flipside to this is that businesses decide to move to the EU so they can get their buyer’s market back).

3. Make the visas for low-skilled workers cheap and easy to get hold of. A nominal £50 charge, say, and a stamp from the local council so that we know where they live and can keep track of them (just to be clear, Germany and France already do this for EU migrants). If we don’t get these workers, then our economy will be on its knees and they won’t come anyway.

4. Understand that we need to appear welcoming, particularly when it comes to attracting the very best talent. Any kind of difficult process leaves a long-lasting impression. A state can give the wrong impression. The digital age means things are expected to be quick and easy. If we are putting these restrictions up, then we need to make sure that they are removed flawlessly when the time comes - it is essential for national competitiveness.

5. Assure the universities that their EU funding will be replaced or enhanced and that we are going to continue to attract the world’s greatest minds. And… tell them how we are going to do it, preferably.

So, there’s a lot to be thinking about and it’s likely to end up being a lot more bureaucratic than the current situation, but hopefully we can keep it simple, quick, easy and economical. Remember, visas have only been in operation for just under 100 years. For all of time prior to that, we had global free-movement.