Bristol is shortlisted to be European City of Innovation 2019 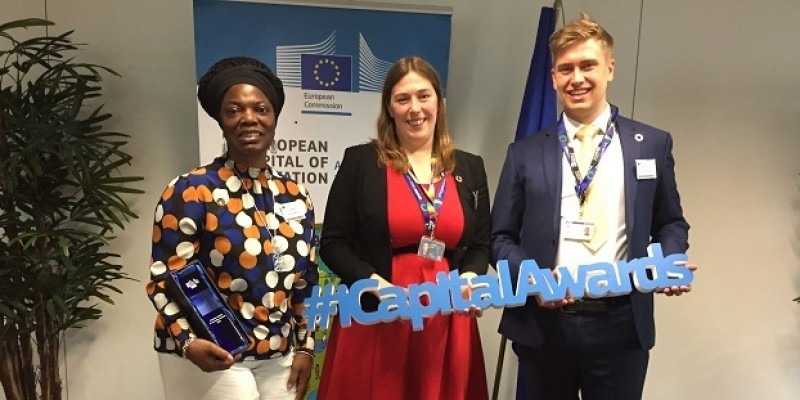 Bristol’s pioneering One City approach to join up local governance is one of six shortlisted cities to be guaranteed  an award of €100,000 by the European Commission.  One of those cities will receive the prestigious title of European City of Innovation which comes with a prize of €1m.

The West of England Chamber of Commerce & Initiative are active partners of Bristol's 'One City Approach'.

James Durie, Chief Executive of Bristol Chamber of Commerce & Initiative at Business West and one of the One City partners, said: “The city is pulling together in a way that it has never done before. The One City approach is bringing together all sorts of organisations to take a lead in creating a stronger set of communities and economy. Whilst we are a city built on working in partnership this has enabled us to step up to another level.

“The success and recognition of securing this 100,000 Euro award is fantastic news and will make a significant difference to us making further progress, and we now look forward to the final announcement at the end of the month.”

The European Capital of Innovation (iCapital) Awards is an annual cash prize awarded to the European city that is best able to demonstrate its ability to harness innovation to improve the lives of its citizens.

The European Capital of Innovation (iCapital) Awards receives bids for the grand title from across Europe and the overall winner will be announced on 25 September at the European Research and Innovation Conference.

One City is a unique and innovative approach to shaping and investing in the future of the city. It brings together a huge range of public, private, voluntary and third sector partners which share an aim to make Bristol a fair, healthy and sustainable city.

Successful One City initiatives which impressed judges include:

• City Funds, a pioneering funding model to attract a wide range of funding and target towards city priorities in a strategic way.

• City Leadership Programme which invests in the lives of high ability, high aspiration students aged 16-18 which are from disadvantaged backgrounds or groups under-represented in leadership.

• Looking After Bristol, a project to recruit Bristol’s next 70 foster carers, launched during Fostering Fortnight.

• Period Friendly Bristol, a city-wide project to ensure that everyone has access to sanitary products and to drive a more mature conversation about period dignity.

Mayor of Bristol, Marvin Rees, said: ‘“One City is already taking great strides forward in delivering a step change across leadership, governance and citizen participation. We know where we want to be in 2050, but our path to reaching those goals is evolving all the time as we test a whole system approach which everyone in Bristol will benefit from.

“One City is being acknowledged as world-class by an increasing number of cities around the world and the iCapital recognition continues to evidence that. This award provides the opportunity to share the One City approach with, and learn from, other European cities about their innovation activities.”

In January 2019, Mayor Rees published the One City Plan, the result of city partners collaborating and coproducing to set ambitious city-wide targets up to 2050.

Cities are chosen according to how they:

• Involve citizens in governance and decision-making.

• Use innovation to improve the resiliency and sustainability of their cities.

The European Capital of Innovation (iCapital) Awards receives bids for the grand title from across Europe and the overall winner will be announced on 25 September at the European Research and Innovation Conference. Fingers crossed for Bristol!

More about the Bristol Initiative can be found on https://www.businesswest.co.uk/initiative/west-of-england/about-us

More about the Bristol One City Approach can be found on www.bristolonecity.com

More about the European Capital of Innovation (iCapital) Awards can be found on https://ec.europa.eu/info/research-and-innovation/funding/funding-opport...