How Using a Messaging App Will Boost Your Business in 2018 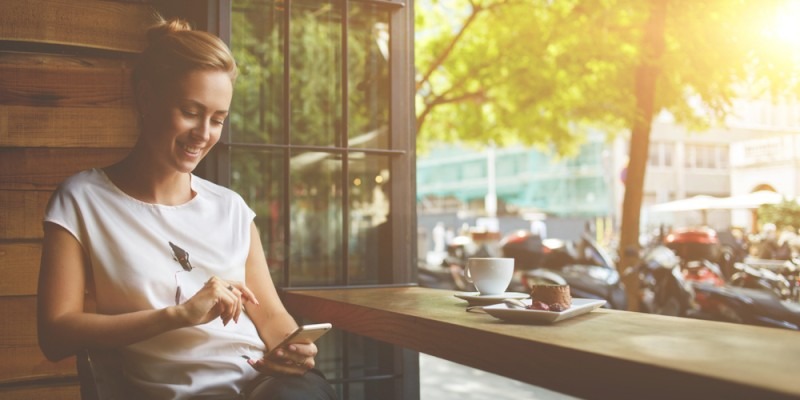 Messaging apps have come a long way since they were first created. Initially, their use was limited to private conversations exchanged between friends and family. Today, marketers are using messaging apps as a haven for ads, chatbots, and content promotion. It’s important to understand the incentive of messaging app marketing. People in the UK spend 20 minutes and 24 seconds on average on chat apps alone, and that’s predicted to grow year-on-year.

It’s no surprise that the most downloaded app in the UK happens to be a messaging app. Out of the 10 Android apps surveyed, WhatsApp ranked the highest with 1.48 million downloads. And that’s just for February 2018. Ranking fifth was Facebook’s very own Messenger, with over 830,000 downloads.

As consumers spend more time on messaging apps than any other platform, it’s highly likely that marketing through messaging apps is the next big thing, and there are brands who have already tested the waters and succeeded.

Despite the recent commercialization of messaging apps, marketing success stories through these platforms aren’t at all uncommon. It’s slowly becoming a digital media norm, one that is becoming more popular due to increases in sales, website and store traffic, as well as brand recognition.

Don’t know how you can leverage messaging apps to your advantage? Aside from customer support, messaging apps can be used in plenty of other different ways. You don’t have to use them the way brands usually do. After all, no app is built the same. All it takes is creativity and dedication.

One of the biggest international make-up retailers, Sephora, is using a Kik’s chatbot to impress its customer base. For starters, Sephora knew exactly where to set up shop. Kik is a youth-heavy platform. Out of its 300 million users, 70% are between the age of 13 and 24, which hits the spot of Sephora’s beauty fanatics.

Sephora’s chatbot isn’t just built to do menial customer support tasks. It interacts with the customer by asking questions AKA gathering invaluable customer insight. And the best part? It’s not intrusive, which makes customers more willing to provide information for them.

The bot rewards this effort through personalized product suggestions, reviews, and tips in the form of fun-to-consume media: videos, gifs, and even pictures. It’s a two-in-one marketing tactic: data gathering and sales. The result? More than 600,000 interactions and 132,000 views per month on Sephora Facebook Live.

Since Boots and Sephora have similar audiences, the UK-grown pharmaceutical and beauty giant can turn to messaging apps to interact with customers and further expand customer reach.

One thing that makes Buzzfeed stand out from other content creators on the internet is their bite-sized approach towards entertainment. From videos to articles to quizzes, their material is fun, interactive, and most importantly, easy to consume. So when they took to WeChat to increase content reach, fans of the site were quick to pick up on this new gimmick.

The trick was simple. With bots, users would enter prompts in the form of keywords. These would be one-word prompts like “lol” or “cute” or “omg”, and the bot would link three articles from the website to the chat. This way, the reader would have access to a dozen or so articles just by typing a keyword and wouldn’t need to get on a web browser to find an article themselves.

With WeChat being one of the most downloaded apps in the UK, marketers already have enough incentive to migrate their marketing efforts through the app with sure success.

Clark’s partnership with WhatsApp proves that selling and promotion aren’t the only things you can do with messaging apps. The brand went back to the basics of WhatsApp and did what the platform does best: storytelling.

To turn people’s attention to their newly launched item, Desert Boot, they decided to launch a multimedia campaign entitled Rats to Rudeboys. The campaign’s goal was to encourage customers to interact with the brand and understand it on a deeper level by using historical narratives.

Clearly Clark’s marketers were thinking ahead as those who signed up for the Rats to Rudeboys series already became a part of Clarks’ messaging list. These customers will receive new updates and future promotions from the brand, as well as future campaigns that are bound to attract even more contacts.

Which App Is Right For My Business?

When picking out the best app for your business, it’s important to ask the right questions from the get-go in order to maximize your marketing efforts. These questions include:

Understand that picking an app for your business isn’t an easy process, precisely because these apps have different features and diverse user bases.

Let’s take a look at the examples above:

Sephora’s Kik bot was a success because they knew that Kik’s user base was composed of their target market.

Buzzfeed’s WeChat bot makes smart use of its predominantly young user base, as well as the app’s click-to-share interface that allows users to spread content they receive instantly to friends on the app as well as social media.

User base: The most important factor is user base. You want to look into the kind of people using the app and see the average age, gender, and location of these users. This way, you can maximize the performance of your ads and bots, and even target them for specific audiences.

Purpose: Knowing the purpose of your messaging app strategy is key to success. For ads, nothing beats Facebook Messenger. If you want customer support, WeChat and Kik have been proven effective in supporting businesses.

Content: What sort of content will you be producing? Are you going to rely on user-generated content for your brand, ads, or messages? Line is another popular messaging app known for cute emojis. Pepsi launched a series of stickers on Line that can be downloaded and sent by users for free.

Messaging apps are here to stay. In order to make the most out of this movement, consider reaching new customers through messaging apps. After all, the numbers don’t lie. If other brands can use it to increase sales and create customer interaction, there’s no reason why you can’t too.

Social Media for Business in 2018

How to start a blog and get your content seen