Showcasing the future of motoring at the home of motor manufacturing 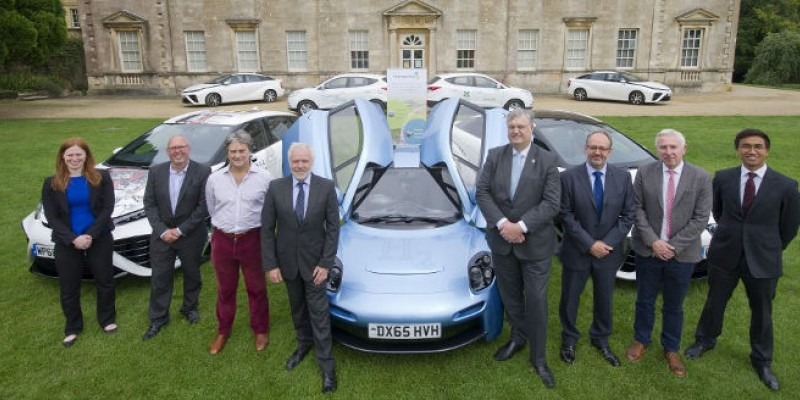 Swindon has been a major centre for the UK car industry since the 1950s.

Just as the post-war revolution in manufacturing was beginning to take hold and mass car ownership was in the ascendancy, the town boasted one of the largest steel panel production plants in the country, supplying the industrial powerhouses in the West Midlands.

Fast forward sixty years and the industrial base of the town is unrecognisable as far as motor manufacturing is concerned.

With the arrival of Honda in the 1980’s and the transformation of high-tech production techniques, the cars manufactured in Swindon began played a central role in driving the global Japanese car industry forward utilising a UK base. Advancement of production operations and the burgeoning of an engineering skills base in the town enabled the Japanese manufacturer to realise its strategic vision of providing quality, reliability and affordability to consumers on European shores.

As one of the first Honda recruits during this period, I can honestly say that the sheer scale of manufacturing operations was a second revolution in the industry in Swindon. Initially producing over 600 cars - about 1 every 90 seconds - cementing the nation’s position as a market leader and our proud history.

Now the town looks set to play an equally important role in the next revolution in motoring: low-emissions vehicles.

Recent industrial developments in Swindon, such as the new refuelling station at Honda, and shortly to be followed by the opening of a second unit by Johnson Matthey, have been mirrored by civic and consumer led developments.

Swindon has one of the biggest fleets of fuel cells cars per head of population and a Hydrogen Hub, an industry-led community of stakeholders from across the hydrogen and fuel cell supply chain (now a national organisation) began life here.

The council is an executive and founder member of the Hydrogen Hub, alongside Wiltshire Council and Swindon and Wiltshire Local Enterprise Partnership, whose primary role is to promote the commercial use of hydrogen applications, both stationary and automotive.

Further opportunities for more cars were discussed based on new bids from the Office for Low Emissions Vehicles available later this year.

A number of Swindon and Wiltshire Initiative members attended the event and as well as the vehicle interest, discussions were had regarding static combined heat and power (CHP) units utilising sustainable power for hydrogen conversion processes. This has the potential to enable flexible and clean energy generation at the businesses’ premises.

Despite positive advancements in low emissions vehicles both across Swindon and nationally, there was concern among the cluster over infrastructure, the need to install more refuelling stations, and that HMRC still do not recognise zero emission vehicles for benefit-in-kind calculations. So, in short, there a number of key issues for the group to tackle moving forward.

Business West along with Swindon Borough Council and Arval sponsored the event.