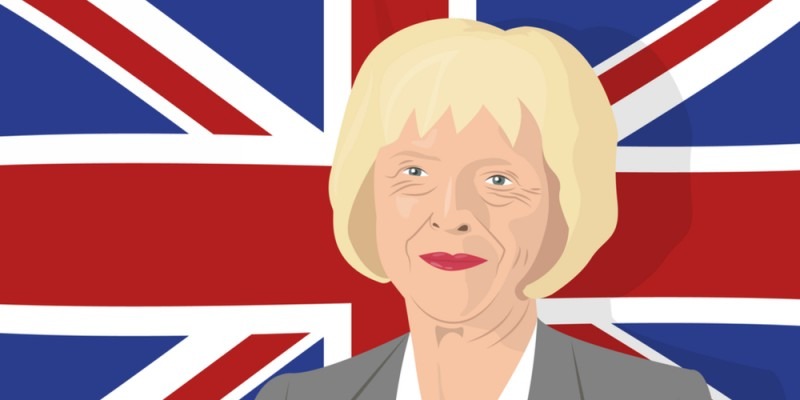 Business had three big questions that needed answering from May's Brexit speech today: some answers were given, but plenty more were raised.

Firstly, what is the UK government’s position on remaining in or out of the Single Market and the Customs Union? Secondly, will there be a 'transitional arrangement' and what will this look like? And finally, what will be the proposal for future immigration controls?

Each issue contains a host of difficult details that the government needs to work through - but which businesses will also face as they figure out how to navigate what could be a choppy couple of years.

1. The Single Market and Customs Union – in or out?

The EU is the UK’s largest market, accounting for  just less than 50% of our exports. How we trade with the EU in future is therefore critical for businesses in order for them to plan and adapt. Leaving too abruptly means potentially more barriers to trade, which exporting businesses will feel first and foremost.

Theresa May set out in her speech quite clearly that the UK is leaving the Single Market.  “It would mean complying with the EU’s rules and regulations and accepting a role for the European Court of Justice(ECJ).” She also said the UK will seek the fullest possible access to the single market through a Free Trade Agreement( FTA). Membership is out; aiming for ‘access’ becomes the negotiating position.

For companies this means they will have to prove they comply – not just to EU regulations, but to new UK regulations too. Will there be ways that this is made easier, via some kind of mechanisms for joint recognition? If we reject ECJ oversight completely, how can the EU trust us and our exporters to be telling the truth? How will this work in the medium and long term as our standards start to diverge? How will this not put individual firms at a competitive disadvantage when accessing the EU market?

It is hard not to see leaving the Single Market as throwing up a host of barriers to trade in the short term, and we had few  immediate answers as to how UK exporters are going to be expected to navigate these.

A bigger step would be leaving the EU Customs Union. This would give us greater flexibility to strike new trade deals, but mean we were out of the EU’s common external tariff, and companies would have to potentially pay customs duties and fill in plenty of customs paperwork, including on things like rules of origin. This will be a big change from paperwork free trade, and UK exporters will need help preparing for it. Again, it potentially puts UK businesses at a competitive disadvantage in pan EU supply chains and markets.

In practice it is very unclear what this means – and whether it is even possible. Does it mean some UK sectors are in the customs union and some are out? If you are a business, how do you know whether you are in or out in advance and whether you can expect to pay tariffs or  need to fill in paperwork? What does this mean for your internal business systems and trading relationships with EU customers? How much will this be decided in last minute negotiations and will the EU actually agree to such a deal? Finally, is this arrangement even compliant with global trade rules – which state that a sector by sector approach to tariff reduction is illegal and that any arrangement must include “substantially all trade” within a Free Trade Agreement.

So this approach to the Customs Union means a real possibility of UK exporters facing substantial new paperwork in order to access European markets. This is something businesses need help to prepare for – and quickly.

In the light of this substantial uncertainty, the medium term objective is for the UK to negotiate a separate Free Trade Agreement (FTA) for “greatest possible access” with the EU. This will provide a much more stable legal basis for future trade, but it will take several years to achieve. FTAs also traditionally exclude much agreement on trade in services, but this is where the bulk of UK economic activity  lies, raising questions as to how suitable it will be for the UK economy.

For exporters these all constitute big questions that they need to plan for now – the government needs to start providing detail.

At present, a new world beckons two years after the triggering of Article 50. Businesses will therefore have to be ready for this new world by March 2019. Given the impact on supply chains, on trade processes, on exporters regulatory and customs compliance, this doesn’t feel such a long time. Hence many businesses want to see a ‘transition deal’ to help make the change manageable. This could be remaining in the Single Market or the Customs Union for a set number of years.

In her speech, May left the door open to a transitional arrangement, or a “phased process of implementation” as she put it. However this still leaves many questions – what will the interim arrangement be and when will business know about it?

A transition is only really useful if we know the details sooner rather than later. There is little point learning that we have a transition deal in March 2019, because businesses have to make critical investment decisions now. How does the UK government propose to achieve this? What are the full terms they will seek? There are plenty of unanswered questions here.

The government plainly sees the need to retain control of immigration as politically the over riding priority in these negotiations. But there are many questions as to what this new immigration regime would look like – and what wriggle room it could give the UK in retaining a decent level of market access into Europe.

This is critical for businesses. Our region is close to full employment and we have pressing skills shortages across the economy: from fruit pickers to skilled engineers. What happens to existing EU employees? Can businesses be confident they can hire skilled people in order to grow? Are we confident that, after years of failure, the UK can start producing people who fill these shortages in just two years time?

May’s speech sets out an approach that was on the ‘tougher’ end of the possible scale of options. The UK “would get control of the number of people coming to Britain”. In practice this strongly implies quotas and permits, rather than a looser scheme in which EU nationals can come to the UK if they have a job offer. This ‘work permits’ scheme would presumably be controlled by the Home Office. When the government has a target of net immigration in the tens of thousands, this poses big questions for businesses. Which sectors and types of immigrants would get priority – do fruit pickers come before nurses or engineers? Can you rely on the Home Office to process applications quickly and fairly? Who would lose out? This all needs detailing to help business to plan.

Finally, there is a clear tension between ‘clarity’ over the UK’s negotiating and ‘flexibility’ to get a good deal.

It is easy to get clarity: but if that comes from leaving the EU and slamming the door, it would come at the cost of economic growth and jobs. So it is important that the UK government leaves some flexibility to strike the right balance in any final deal.

It is not clear that this speech gave much flexibility to UK negotiators. There was a firm commitment to removing the UK from control by the European Court of Justice. New immigration rules promise to be tough. Yet this will come with a trade off against access to the EU single market and could lead to additional costs imposed on exporters via two sets of regulatory compliance mechanisms.

Businesses will now ask for the clarity needed to be able to plan for March 2019. However, one line in the speech suggests that this may not be possible. May’s statement that “no deal for Britain is better than a bad deal for Britain” suggests that government, and businesses, may be preparing to take this down to the wire. Government, and businesses, in hoping for the best, must also plan for the worst.