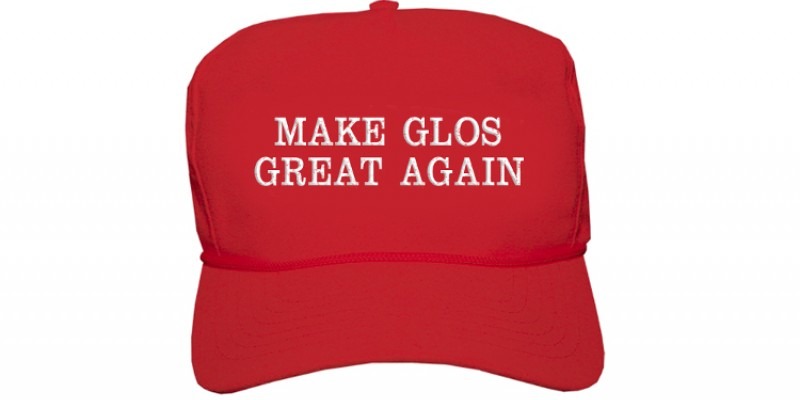 Coinciding with the General Election, another poll opens in Gloucester which will hopefully have a beneficial effect on businesses in the city.

June 16 sees the start of the BID poll among 599 businesses in the centre of the city aimed at delivering increased interest and trade to what has often been viewed as lacklustre for shopping and eating out.

The process is not new - there are already 200 throughout the country - and Gloucester is somewhat behind the curve in setting one up. Cheltenham already has a successful BID.

So, what is the BID idea in Gloucester?

The activities of the BID will be designed to benefit the entire range of businesses within the centre of Gloucester. And in my view, not before time.

When I first came to Gloucester to edit The Citizen 15 years ago, one of the first things I did was to call a meeting of traders in the city centre.

I could see that it was in danger of dying on its feet. But I am afraid there was little enthusiasm for my initiative.

The independent retailers like the indefatigable Ivan Taylor, owner of Truscotts Jewellers in Westgate Street were keen on the ideas but many of the national retailers’ local managers were unable to leverage even small amounts of funding.

Fast forward another four years and the Gloucester Heritage Urban Regeneration Company was set up with government money to revitalise the city.

And to cut a long story short, it became very obvious that following the huge investment by Peel Holdings at the Quays and the South West Regional Development Agency at the Docks, the city just had to be marketed properly.

Marketing Gloucester, funded by the city council, was born but initially was something of a disaster. It needed urgent surgery.

The man we appointed to head it up and give it a second chance was Jason Smith, whose grandfather was a previous president of the Gloucester Chamber of Trade and Commerce. I was vice chairman of the GHURC at the time and interviewed him for the job. He talked the talk, but could he walk the walk.

He had an excellent CV in advertising and marketing and, although I was somewhat sceptical, we appointed him to be chief executive - working initially two days a week.

I have to say that my scepticism has proved to be totally unfounded.

He has taken a basket case with little direction and sponsorship monies to a position where events like the Tall Ships, particularly, are now washing their face and bringing extra footfall and business to traders in the city.

And over the past four years, there has been a 60 percent increase in tourism to Gloucester. Much of that I believe is the result of Marketing Gloucester and Jason’s drive and enthusiasm.

”The events like Tall Ships have made an important economic impact on the city.

“We think that an extra 1900 jobs have been created by all these events.

“A lot has been done to improve the city but there is a lot more work that needs to be done.”

The BID will be launched next week on May 16 at Blackfriars with 590 businesses then being polled out of 1300 in the BID area over four weeks to see if they want the project to go ahead.

The BID levy to be paid by business is based on rateable value and will average £150 a year or about £3 a week.

“Most of the business will be paying at the lower end of the scale and £3 a week is just the price of an expensive cup of coffee”, said Jason.

From what I can see, the BID will be given a resounding go-ahead.

By the end of July it could then be trading for a five year term with an initial pot of cash being as much as £450,000 with match funding from the city council.

Hanging on the wall in Jason’s office is a picture of his fishmonger grandfather, when he was president of the Gloucester Chamber of Trade and Commerce in 1963.

“One day I hope I will aspire to wear that presidential chain like him, he says. The Chamber is very important to the success of the BID.”

He is well on the way to wearing that chain and his leadership really is helping Gloucester to revitalise the city.

The Gloucester BID will be discussed at a Business West networking breakfast with the Gloucester Chamber of Commerce on Wednesday May 24 (7.30-9.30am).

It is being held at Bill’s in Gloucester Quays and Jason Smith will be presenting on how the BID will work.

“We are pleased to see the progress being made with the Gloucester BID and remain optimistic on the many benefits this can bring about for businesses.

"We are also very pleased at the role of Marketing Gloucester will be playing in the BID.

“In recent years, we have seen the profile of Gloucester go up as various international standard events are staged and have attracted hundreds of thousands of people to the city.”