A fix to the "broken" housing market in Gloucestershire? 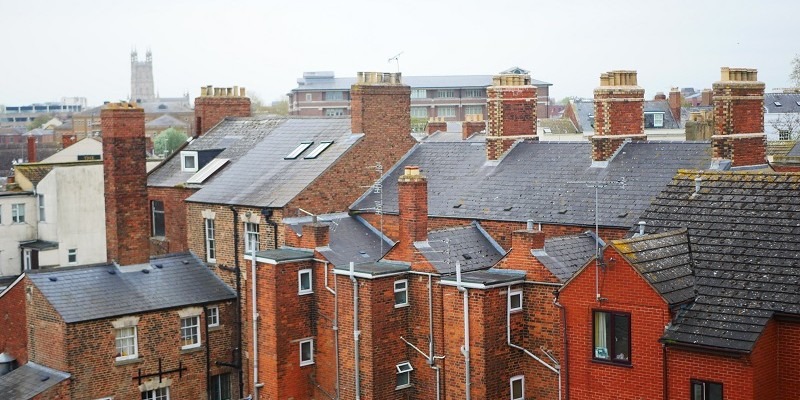 Against a brick wall background, the Prime Minister talked about “Building a Britain fit for the future”.

It was a welcome relief from the deluge of Brexit tittle tattle because I have consistently written that the lack of available homes is one of the huge challenges facing Gloucestershire where I live.

Indeed, I would say that the availability of homes-buying and renting - is to me a challenge that has never been really taken on board by successive governments.

I talk with a knowledge of Gloucestershire having lived here for the last sixteen years and edited newspapers in this region.

Without fear or favour, this county like many in the South West is bleeding economically because young people just cannot afford to live here due to high house prices. And that is affecting our local economy very deeply with young professionals taking the skills they have learned in Gloucestershire elsewhere to have the security of a home they can afford.

I welcome Mrs May’s intervention in the housing market. If you remember, after the last election she said it was “broken”. She was right but when she talked in front of the brick wall set on Monday, I couldn’t help thinking that she looked as though she was coming out of a chimney. And what was she was saying about getting builders to start building more homes?

She talked about young people being “right to be angry” about getting on the property ladder. Right again but no real action to alleviate that situation so far with young people often finding it impossible to raise a deposit of perhaps £40 - £50 000, and stamp duty on top of that.

I remember about eight years ago sitting in the council chamber at Stroud District council while editor of the Citizen and listening to a debate on housing. Uknown to  me, the boss of Renishaw, Sir David McMurtry was also there.

He was very concerned that his young people who were the future of his company were finding it difficult to afford to live near their work.

Sir David, like many bosses, cares passionately about young people and retaining their skills. The government simply must realise that the enormous skills gap we have is not helped by young people thinking they have no chance of getting on the first rung of the property ladder.

Mrs May had the house builders in her sights when she said developers had a “perverse incentive” to hoard land once it had got planning permission rather than actually building homes on it. This is not a new claim, of course. We have seen many instances of this, even on flood plains.

Take Stroud, for instance , here in Gloucestershire. There are currently about 5, 000 homes with permissions to build but the developers are only going to build at a certain rate - when it suits them - to get maximum profit. You cannot blame them.

The government has finally realised the obvious - that there is no incentive for the developers to build faster because house prices are still rising. And once the builders get planning permission, the cards are then in the hands of the developers.

That needs to change and the government has realised that too-thus Mrs May’s strong words about the house builders.

Yes, this is a start with strong words but how are you going to force developers to deliver homes on sites they want to hang onto to for maximum profit?

And how, on a consistent basis, are the developers going to be persuaded to include so-called affordable homes on sites where they are selling four and five bedroom houses at maximum prices?

The government’s target to build 300,000 homes a year seems to be totally mythical - they have not got a cat in hell’s chance of achieving that and they know it. The only time government got anywhere near that was when there was a substantial council house building programme.

Throughout my childhood in south London, we lived in council homes. We were happy and that was the way families got started in life. What is wrong with that?

We simply have to get back to building more council homes and the government must now give more help to local councils like Stroud to do just that.

In fact, Stroud District Council are currently the only council in Gloucestershire actively looking to build new council homes. Until last year, Stroud had actually built more council homes than Bristol. Stroud has built 236 homes in four years-about 50 a year- and they have added and replaced the homes sold off. What Stroud want is for the government to lift their complex funding cap so they can build more council homes.

Mrs May is right to return to her post-election promise to fix the “broken” housing market but are her promises on more homes going to end up as a lot of hot air?