Growth in the self-employment sector 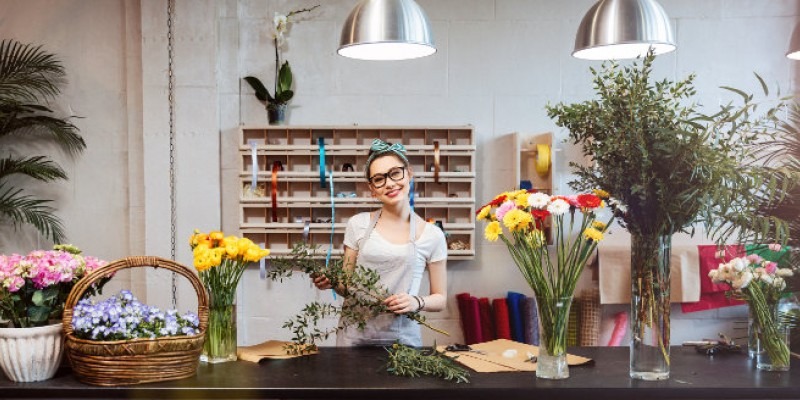 There are now more than 4.8 million self-employed people in the UK and they represent more than 15% of the work force. The financial crash in 2008 has led the way for many people to refocus their careers and start new journeys as self-employed, setting their own work schedules and gaining true job satisfaction from their work.

New technologies have also encouraged the growth of self-employment, with the introduction of cloud sharing and video calls, allowing anyone to work from anywhere with a WiFi connection.

But what makes self-employment so desirable and who are the people choosing to work for themselves, over working full time within a company? We are looking into what demographics, characteristics and industries make up this growing work force and the future it holds.

The benefits of being self-employed

When deciding to become self-employed, a third of workers say they did it because it suited their skill set, 67% say it’s for the freedom, while 18% said they wanted to try out their idea. Another popular reason is for work life balance, with 1 in 2 saying that was a key reason for a new career self-employed career path.

Self-employment gives you the ultimate flexibility that no full-time job could offer, allowing you to choose your own schedule that works for your life and giving you the freedom and creativity to try new ideas and take on a varying client type.

You also have the potential to earn as much as you want, setting your own day rates, and also being able to take on a variety of work from different clients.

You are solely responsible for your success or failure when you are self-employed, which can be both an advantage and a disadvantage, as you can both celebrate your success but also bear the burden of work stresses alone.

The disadvantages of being self employed

As is the case with many who are self-employed, your income isn’t always guaranteed and can fluctuate month to month. The reason for this is work can sometimes be uncertain and you may struggle to find new clients, or, experience a large gap between clients and ultimately your next pay day.

You may have to work more hours to reach deadlines and respond to clients and possibly work weekends, like 59% of freelancers already do.

You will also face a lack of normal employee benefits such as no sick pay, holiday pay or company pension. If you take a holiday or sick leave, you are responsible for ensuring you have enough funds to cover that period of time off.

It’s always recommended that you look into setting up your own private pension as well as personal accident insurance, as this will ensure you are paid if you have to take a long period off work.

Which industry has the most self-employed workers

As of March 2018, the industry that held the most self-employed individuals was taxi drivers and chauffeurs, which is undoubtedly thanks to the success of Uber and allowing people to take advantage of a variety of benefits of being self-employed, such as setting your own schedule and working when you want to work.

It is clear to see that the skilled trades industries dominate the self-employed market, with many tradespeople opting to work for themselves where the earning potential is limitless, and they are able to build contacts quickly and efficiently.

There are more men than women who are self-employed, with more than 3.2 million men compared to 1.5 million women. The pay gap in the self-employed sector is also just as noticeably different as it sits around 40%, favouring men.

It’s important to remember that the self-employed industry is made up of those who are self-employed full time, contractors, those who work part time on a self-employed business and also freelancers, all of which will have different rates of pay and hours they work. However, reports will commonly show that women will under price and under value their services in comparison to men.

The older demographic dominate the self-employed market, with 43% of self-employed workers aged 50 or over, many of which work in the skilled trades, taxi and agriculture industry.

More and more young people are also entering the self-employed sector, with the number of 16-24 year olds almost doubling since 2001. Younger people are aspiring to start up their own company and forge their own career paths, instead of working for someone else.

The future of the self-employment sector