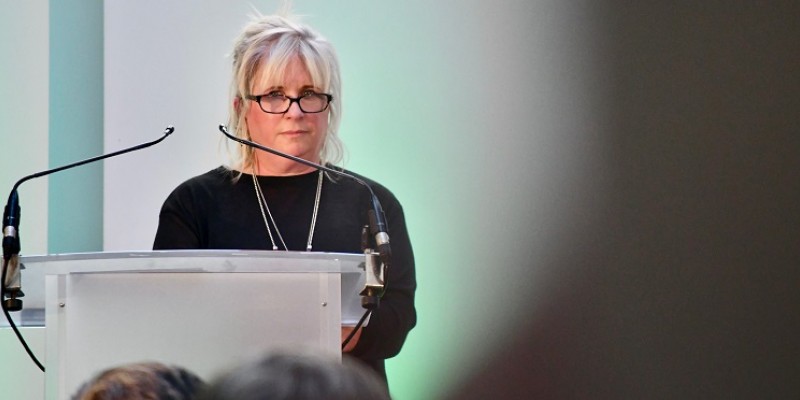 Leaving school at 16 after being told “I wasn’t capable of doing A-Levels,” Dr Diane Savory OBE has become something of a business icon in Gloucestershire.

She has just left the chair of the county’s Local Enterprise Partnership (GFirstLEP) after a ten year innings during which she has, in my view, played a major role in developing the business voice of Gloucestershire in Whitehall.

When I ask her about the key projects she believes have made a real difference to Gloucestershire, she confirms my view.

“One thing that Gloucestershire didn’t have before the LEP became established was a national presence at central government level”, she says.

“I think we have a voice there now which we didn’t have before - I would say that is an achievement”.

And Diane is proud of the LEP’s network of Growth Hubs to help businesses.

“They are the apple of my eye. They were literally something I needed when I was growing the business. I wanted to go to a place for help and see other like-minded people.

“So, to see the whole Growth Hub network rolled out was an absolute joy”.

And for the LEP to get people to realise that the growing cyber sector was a huge opportunity for the county is, she believes, so very important.

“Wearing my retail hat (she sits on the ministerially led Retail Sector Council and is on the board of the High Street Task Force), the LEP did something really great with Stroud by supporting the new Five Valleys shopping centre.”

Diane, of course, is a retailing expert having made her name with the Cult Clothing team and then Superdry. She played a big part in its success going public.

That interest in retailing was originally born out of studying retail design and a job after college at the old Peter Richards fashion chain in Cheltenham.

“Growing the LEP was rather like Superdry - you had to feel your way. You had to work out what needed doing. In my case, it was joining it up more”.

I ask Diane about the forthcoming government review over local government devolution and LEPs. My understanding is that it will probably give more authority and financial support direct to local authorities.

“That’s all very well”, Diane says. ”But it is about being fleet of foot with opportunities-not having to go through years of due process in order to maximise those opportunities.

“LEPs have been able to get the work done, so, if local authorities are the way forward, it just needs to perhaps be given a different rule book to work with”.

You don’t see any watering down of LEPs?, I ask.

“I see them concentrating more on business-taking away some of the stuff which quite rightly gravitates to local authorities like infrastructure and the like.

“I don’t have a problem with that. Growth Hubs are a good example of how business gravitates towards business, and LEPs can lead organisations like that.

“They can canvass business opinion and give data to government. One of the things that LEPs have been brilliant at during Covid is providing central government with real life information.”

Who did she look up to?

“My natural gravitation is towards my parents who taught me to listen to others and be receptive to other people’s ideas and opinions.

“I have met several great people on this journey and it’s difficult to pick out one. But Michael Heseltine was quite inspiring with so much experience and wiseness”.

And what of the future for Diane? My guess is that government may be calling soon.

*Ian Mean is a former editor of the Western Daily Press and is a board member of GFirstLEP.