Peter Boucher on starting out and buying out in business 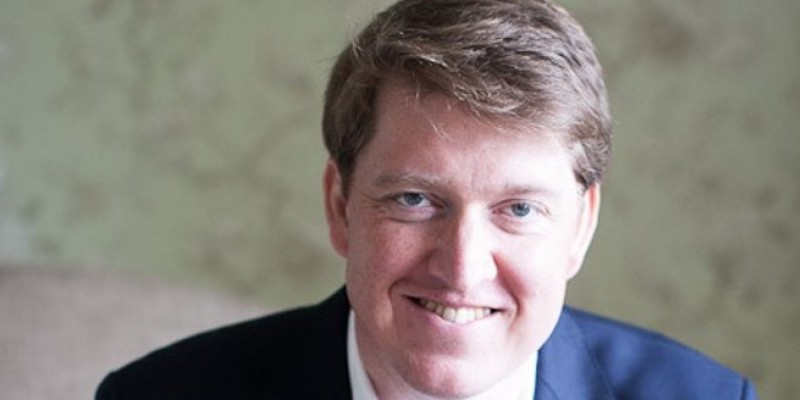 Peter Boucher is a big man who talks big with a lot of sense. 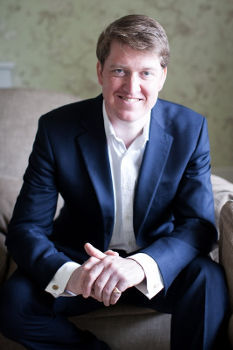 The chief executive of Excalibur Communications in Swindon recently led a management buyout of the company.

Talking to him, I found the 47 year old to be something of a charismatic leader with an enviable pedigree in global sales and marketing  at some of the best companies in the business including GlaxoSmithKline, Kraft, Unilever and Vodafone.

What’s your view on the government’s industrial strategy - do you think we have actually got one?

I am glad we have got something - I think it is a good start. We are all old enough to remember the disappearance of old fashioned industry and the growth of services - nobody would argue about the quality of our service industry but look at the other countries we admire in Europe, particularly Germany.

We still make the best cars here but we don’t own the companies. We still manufacture and make things - we still have brilliant academic institutions but we still don’t seem to be able to wrap it all together.

So, I am glad they identify industry as important and I am glad they have got a strategy but I missed most of the headlines to be honest. I feel they have picked a few industries and stuck it into a document and said: ‘There we go’.

It takes a lot more than that. If you look back in history, places like Germany or even China for that matter have taken a much more strategic view about certain industries.

Do you think we need to manufacture more? You remember George Osborne saying there should be the march of the makers?

I think so. I live in Winchester and I look at that A34 road down to Southampton and all those container ships coming into the UK. A friend of mine was a traditional Midlands based firm who made small electrical motors for things like washing machines and they moved the plant to Hungary. He now regrets moving but he can’t move the plant back from Hungary.

We have some of the most productive car plants in the world here. The reality of manufacturing is that when you put that plant down you have got to have the confidence that is a ten or twenty year play.

My worry with Brexit is that you now have all the manufacturers crying out, because if you are hoping to invest in millions of pounds in a plant you need to have more clarity.

You don’t think people like Airbus and BMW are crying wolf about Brexit?

People like working in this country. It works. But if you are a hard-nosed business person you have got to ensure that the millions of pounds of investment is going to pay back.

There is not a lot wrong in this country. Time and time again, people want to be based here but just want to get rid of the politics. We have got to get over the Brexit hump and get these medium size firms making things - it could be digital things or more traditional products.

So, if you were Greg Clark, the business minister, what would you do?

I think you pick certain vertical sectors where you think there’s enough critical mass to achieve. Then you have to give business incentives to invest. I think the tax rates and the R&D are ok - it is not my area but have the history books seen braver incentives? I think they probably have.

The thing that winds me up is that we keep adding jobs to the economy and we get more and more creative in putting different parts of society to work. This is fantastic, but our productivity is flat or even slightly declining, because we are not investing in plant.

I went to one of our customers in Swindon last week who makes ejector seats and found that they have had to invest in a German machine that can strip cable - they do all the electrics for the ejector seats. What’s interesting is, they have got this machine which can strip the wires - they have gone from this taking about 3 minutes to about 20 seconds.

They did that because they realised they were being priced out of the market slightly. They are now competitive - they will win more contracts.

I just think where there has been labour shortage, the successful economies have invested and driven really productive growth.

The Brits haven’t done that as much in my view.

Productivity is a big issue in this country, isn’t it?

Even in our business, we saw departments working in silos - it didn’t make any sense at all. We have now addressed this. You go to a German office and it is quiet and they are out of the door at 5pm - they have done their day’s job. They are more efficient.

Why are the Germans deemed to be more efficient?

I think they are just more systematic in how they approach their work.

They can be quite inflexible but there comes a point in a business when you just have to produce something, and honestly if you don’t produce it cost effectively in 20 years’ time the computer will do it for you. Do we sit and admire process engineers here - we don’t really but perhaps we ought to.

We need to grow as an economy by improving the output per single person.

You mentioned Germany where the culture of apprenticeships seems to begin a lot earlier in schools.

Is university the right place for people to learn - I am not sure.

I knew I was going into sales and marketing and management. If you were more practically minded for instance on digital, with all due respect, the stuff you are taught at universities is often dated and junk.

You are better off learning it at the sharp end. We all need to be re-thinking how you flow out of school into the workplace. I think we need to get the balance right between learning and doing.

Whether it is a mixture of work experience and learning - I don’t think we have got that mix right. Apprenticeships leading into formal degree like qualifications have been shown to work well in many industry areas.

What did you set out to be?

I wanted to go into industry really. When I left university a lot of people went into banking, to accountancy and law - they were the big recruiters from places like Cambridge. None of them interested me - I wanted to be around people who made things.

I met a father of a friend of mine who gave me some great advice over a glass of wine one night. He said to me that everyone should do sales in their career - every job involves selling so get it in during the early part of your career.”

You had a classic marketing background to your career with companies like Glaxo Smith Kline, Kraft, Unilever and Vodafone.

Correct. I took the decision to go and work for the best company I could and get the best experience possible. I was sitting in front of senior management at Kraft telling them how much chocolate they should produce in the next month. It was a really great grounding and a huge amount of fun.

Now everyone believes you leave school and do a start up - there is nothing wrong with having five to ten years in big companies to start with.

Then you went into communications?

My move into technology happened in my late twenties, I had an interesting time. Vodafone exploded in the late 90s - its peak was very much around the dot com era as well. They had bought twenty five to thirty different companies and we were bringing it all together. It was a brilliant eleven years.

I worked for them, across the world in multiple markets, and then I went to work for them in Hungary. I then took a big decision on a big birthday that I wanted to go back into small and medium size businesses - working more for equity than income.

I have always really wanted to scale up a small business. Corporates are great but it is a bit like the Army - you are part of this big machine. That is why I made the change a few years ago.

My first move was in private equity with a large taxi firm called Addison Lee, and then I went to Excalibur Communications who I knew from my Vodafone days. Iinitially I was a non-exec. director and have recently taken over as CEO. I actually missed technology and telecoms.”

What does Excalibur do?

Everything to do with communications and we have added IT as well. The idea is to give the full communications suite to companies. We are proud to have been based in Swindon and the South West for the last 20 years.

What about the future - how do you see yourself going forward?

We are growing nicely at the moment - both organically and adding one or two smallish companies a year.

This particular industry is very fragmented - there are thousands and thousands of IT and telecom re-sellers - probably too many and a lot of them lack scale.

We will keep Swindon as the hub but I am keen to see how we can create stronger satellites around Birmingham and Bristol for instance - I think we could start to spread more but have the heavy lifting in Swindon.

How do you differentiate yourself as a company?

Ultimately for us, we can only really differentiate in two things - firstly we have a broad portfolio of products and services and a lot of the businesses we deal with don’t want the complexity of multiple suppliers. They want someone else to be there for them. If you are in the beer business you want to focus on the beer, not the day to day technology.

Secondly and most importantly we differentiate on customer service. Customer service has not gone out of fashion - we sell big company’s products like Vodafone and Microsoft to small to medium sized businesses that want it to work. They are basically buying customer service to wrap these services together.

You have now put your money where your mouth is in an MBO of the company? Why did you do that?

All the life savings went into it. You can’t get the return without the risk and you need to make sure you make your own sacrifices - it is important you put your own skin in the game. My whole family now know that making Excalibur a success is really important.

It is a job but a bit more than a job - I now have 60 staff that I have to think of and take responsibility for.

I think I will be learning until the day I die - I am never the finished article. I want to make sure that every year that goes by you are just as little bit wiser. You only get one crack at this so you may as well enjoy it and learn a lot.

Peter Boucher is also a non-executive director of GWE Holdings.