With only 30 days until voters in Bristol, South Gloucestershire and Bath & North East Somerset decide the next West of England ‘Metro’ Mayor, Business West is calling on the successful candidate to step up to the plate and strengthen the region’s profile to help win much needed investment from government and the private sector to improve the lives of everyday voters.

The call for the successful candidate to demonstrate ‘strong political leadership’ and advocate loudly on behalf of the business community comes as a survey reveals that 70% of businesses feel that the West of England is being upstaged by other devolved regions with directly elected mayors.

A majority of the 400 businesses surveyed across the region said that the national and international profile enjoyed by Mayor of Greater Manchester Andy Burnham and Mayor of London Sadiq Khan far outshone that of the West of England, raising concerns regarding the region’s ability to compete for political attention and encourage inward investment from within the UK and overseas.

A further 80% of respondents indicated that the next West of England Mayor should play a leading role in driving development towards net zero, as well as championing a green recovery as we build back following COVID.

Other priorities highlighted by the business community, which are detailed in Business West’s Manifesto for Business released today (6 April), include transport and digital infrastructure, employment and skills prospects, affordable housing and strategic planning for sustainable land use.

Taken together, the points highlighted in the manifesto spell out the vital importance of the business challenge to the candidates and will be debated at a special business & economy focused hustings event, held in association with the Centre for Cities on 28 April. 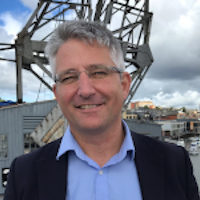 “On behalf of the business community I’d like to recognise the progress in establishing WECA in the region over the last four years. This has made our local governance more joined up on vital issues like transport, planning and skills, after many years of disjointed political relationships across our area.

“We are calling upon the next West of England Mayor to build upon these foundations to accelerate and unlock the delivery of clean and inclusive growth and prosperity.

“As highlighted by the survey, business wants the next Mayor to confidently and assertively represent the region’s interests in Westminster and to encourage inward investment from within the UK and overseas, championing the strengths that the Bristol and Bath city region offers.

“Business also wants a Mayor that is focused on unlocking areas that hold the region’s growth back and who can deliver against their urgent needs, from skills and employment to housing and employment land.

“We call upon the next West of England Mayor to engage with our business communities to create a powerful shared agenda and programme of change and prosperity and to rise to the challenges we face in 2021 and beyond.”