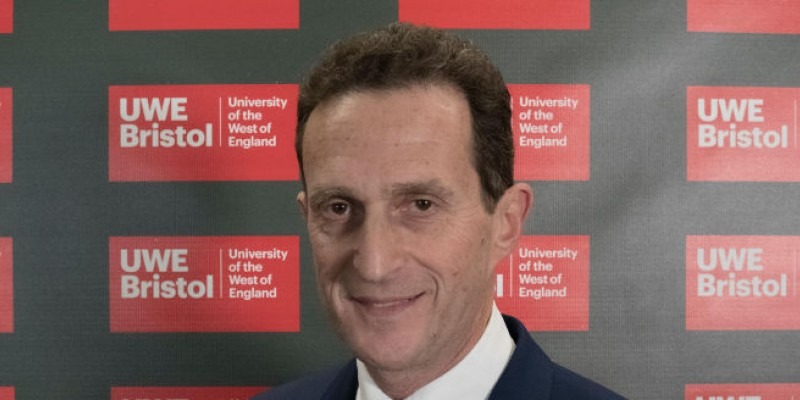 UWE, in partnership with Business West, runs an annual lecture series that brings top business leaders to Bristol. We caught up with Simon Fox, Chief Executive of Trinity Mirror, before he gave his address:

• “Give me some idea of the scale of Trinity Mirror – how many titles do you own across the country?”

We have around 100 titles, a little more actually, which includes national titles like the Daily Mirror and the Daily Record in Scotland.

This is in addition to nearly 100 regional brands, including The Bristol Post, Liverpool Echo, Manchester Evening News and Newcastle Chronicle.

We’re really in most of the big metropolitan cities, so we have newspapers and websites that cover those cities. We employ about 5000 people and we are, I’m pleased to say, very profitable, very cash generative, and we make about £100m profit every year.

• “An enormous business and I understand you may be adding another national title stable (The Daily Express)?”

Well, we’ll have to see what happens, but we’ve said we are a consolidator of the industry.

A couple of years ago we bought Local World, which used to be Northcliffe Newspapers, and yes, we are, as is well known, in discussions with Northern and Shell Group [to acquire The Daily Express].

• “Before Trinity Mirror I understand you were with HMV and the music business went through an enormous change because of digitisation and distribution models and that’s now affecting the way we consume news. Do you see a similarity with the music business and what we would’ve called the newspaper business not too long ago?”

Yes. I mean, I didn’t set out to work for businesses that were in structural decline, but you’re absolutely right that in my last job running HMV and Waterstones they were both businesses where the media – CDs, DVDs and of course books – were, and are, facing massive digital disruption.

And that is exactly the same with newspapers, as we go from print to digital.

I remember at Waterstones many Christmases ago, when the Kindle first came out, and a million Kindles were unwrapped.

On Boxing Day and from one day to the next the book market was transformed. That was a massive shock.

But, it’s really interesting that, however many years later, the book market is actually growing again, so markets do go through shocks then they stabilise or in the case of the CD, they don’t.

Certainly, in newspapers we are managing the transition from print to digital.

• “300 local papers have closed in the last decade; 20 or more last year alone; and the government announced yesterday that they are going to do a root and branch review of the sustainability of local and regional newspapers. Newspapers are all about holding truth to power and accountability, but 2/3 of local government areas don’t have a local newspaper.”

I think having a daily newspaper or a weekly newspaper or a website dedicated to a local area isn’t the absolute definition of whether we’re able to hold power to account through good journalism, but the review that the government has launched is to be welcomed and there’s no question at all that it is very tough to be in regional journalism.

If you go back a few years, regional journalism was sustained by property advertising, jobs advertising and motors advertising, and they’ve all gone to platforms like Right Move, Autotrader and LinkedIn.

Smaller business advertising is migrating to Google and Facebook, so the commercial model for regional news is very challenged and it will be very interesting to see in which direction this study chooses to go.

• So where do you think the revenue is then? If it’s not in traditional print advertising as it was and digital revenue is not nearly as lucrative as old print revenues – where is the money going to come from to keep local journalism alive?

So, our challenge through our digital sites is to remain really relevant to the community.

In Bristol, 40 percent of the people in Bristol come on to the Bristol Post website every week, which is fantastic.

We offer advertising opportunities on our website and so we are a great place for local businesses to advertise.  That’s our model.

Yes, you do have to have boots on the ground.

We still employ around 400 people in Bristol. They’re not all journalists, but ultimately the revenue and the costs have to match. We’re not a charity, so we can only afford to have the number of people that the revenue pays for.

So, on the one hand, we have a commercial team that are out there selling advertising both in print and on the website, and that gives us a budget with which we hire journalists

But I do absolutely agree that to root out good stories and hold power to account we need journalists on the ground.

• “We have a lot of student journalists here at UWE, they’re down in our city campus, and they all have a burning desire to be the big reporters of the future. So, what is the reporter of the future going to look like? We’re talking about a very disruptive world, we know automation is around the corner, what kind of journalists do you think that Trinity Mirror is going to be looking for in 5-10 years’ time?"

You know what? I still think the core attributes that we look for today will be relevant in 5 and 10 years’ time, which is the ability to get stories.

So, getting stories is the number one criteria for a great journalist. On top of that if they happen to have digital – ideally coding skills – then they’ll have a great career.