What is a Business Improvement District (BID)? 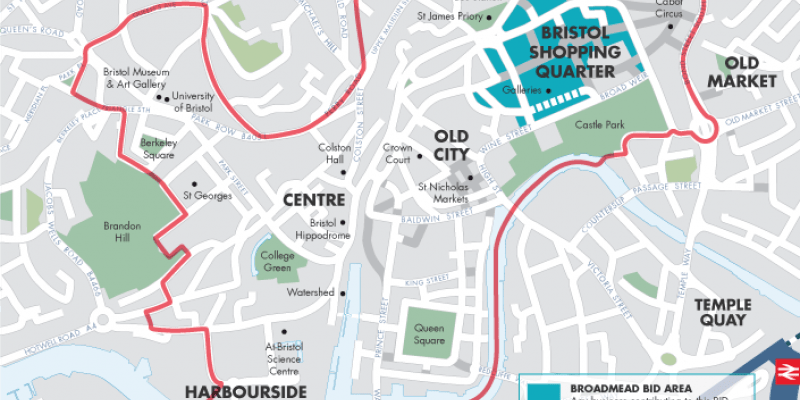 Business Improvement Districts (BID) originate from North America, with the first BID being established in Toronto in 1970.

The initiative began after a handful of local businesses that saw the potential of pooling their resources to make the local area more attractive as a leisure, shopping and tourist destination got together.

Today, there are approximately 1,500 BIDs worldwide, spread across the US, UK, Germany and Canada.

When did BIDs come to the UK?

BIDs are relatively new in the UK, compared to the US and Canada.

They were introduced as part of the Local Government Act in 2003 and came into force in 2004.

The first BID in the UK was in Kingston in Surrey, and today the number of BIDs across the UK stands at 290, with the majority of BIDs located in towns or cities.

London accounts for 30 of UK BIDs, whereas Bristol has 7.

How do BIDs work in England?

Businesses within a defined commercial area, such as a town, city centre or industrial estate, pay between 1 and 4 percent of their rateable value (the value ascribed to their business premises) on top of their business rates.

This money goes directly to the BID management body, which in turn funds a variety of business improvement projects in the local area.

In order to pass, the majority of businesses who would be subject to the levy (if approved) must vote in favour of it. Additionally, a majority of votes must be achieved in terms of overall rateable values.

The maximum period that a Business Improvement District levy can be charged is for 5 years. A new ballot is required after that.

What is the benefit of BIDs to local traders?

One of the key advantages of a BID is that they are locally driven, meaning that each individual BID will have its own priorities and action areas.

The thinking behind these sorts of initiatives is that they will lead to increased footfall, improved staff retention and reduced business costs, as a result of general improvements in the area and great awareness amongst visitors.

While these action areas are common across many BIDs, British BIDs, the trade body for British BIDs, states that the role of BIDs also extends to:

• Assistance in dealing with the Council, Police and other public bodies

Are there any disadvantages to BIDs?

Nevertheless, businesses located on or just outside the BID boundary typically benefit less  than those located in the middle.

What BIDs are in my area?

The newest BIDs in our region are the Bristol City Centre Business Improvement District, which started on 1 November 2017 and Gloucester BID.

There are currently 7 BIDs in Bristol, 1 in Bath, 2 in Swindon & Wiltshire and 2 in Gloucestershire.

For more information on BIDs in your area visit: http://britishbids.info/bid-locations/