What does 2020 have in store for UK businesses? 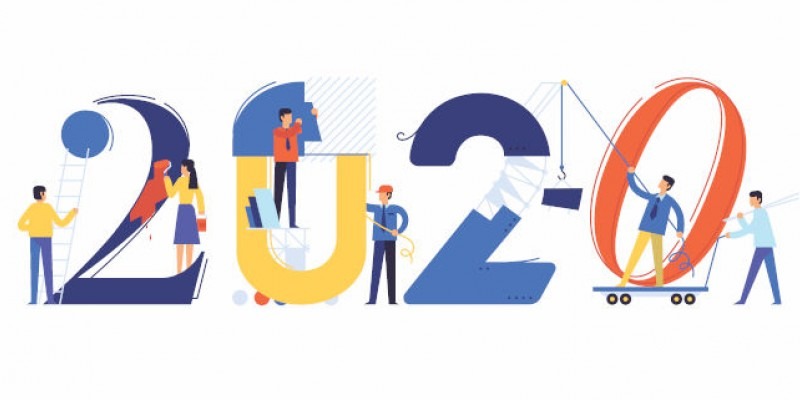 While Brexit may have been the talk of the town over the past few months, nay years, there are several other areas of interest coming up for businesses in 2020.

The new year promises to bring with it a lot of controversy and worry with the Brexit deadline looming large but, putting that all to the side for now, what else can businesses look forward to as we enter into the new decade?

In this article, we take a detailed look at the key business-related changes to come in 2020.

According to data from ECA International, there is expected to be a 1.1% rise in employee salaries over the coming year. That equates to approximately £28 per month before tax, or an annual increase of £334.62.

While an increase may obviously seem like a good thing, the rate in which ‘real salaries’ are rising next year is a lot lower than it was between 2018 and 2019. Next year’s forecasted real terms salary is approximately £20.44 less than British employees received in 2019, which is hypothesised to be due to the vast amount of uncertainty surrounding Brexit.

When compared to other countries across the world, Indian employees are forecasted to receive a 5.4% salary increase, whereas the USA – due to higher inflation – are expected to see an increase of just 0.7%.

However, it’s important to remember that ECA International’s research wasn’t conducted on a job-by-job basis so certain job roles and sectors could see a higher or lower salary forecast than predicted. Electrician salaries, for example, were recently found to have increased 2.7% between 2018 (£32,315) and 2019 (£33,176), whereas carpenter and tiler salaries were seen to decrease 0.7% and 6.5%, respectively.

While many proposed changes to Employment Law have stalled in the complications of Brexit, there are still a number of key employment changes for businesses to start thinking about and preparing for.

From April 6th 2020, for example, a new law will come into effect stating that ‘all new employees and workers will have the right to a statement of written particulars from their first day of employment’. The law currently states that only employees who have been continuously employed for more than one month have the right to this written statement. Therefore, in order to guard against this, employers will need to consider who in their staff qualifies as a full-time worker and choose to issue out contracts accordingly.

Another proposed alteration expected to come into effect during April next year is the introduction of a new parental bereavement law. Currently, employees have no right to any time off during cases of child bereavement. This new law seeks to change that, giving bereaved parents the right two weeks of leave following the loss of a child under the age of 18, or a stillbirth after 24 weeks of pregnancy.

Following a recent survey carried out by Brother and Telegraph Spark, the top three concerns for businesses in 2020 were discovered. Unsurprisingly, the impact of Brexit was found to be the main concern for businesses, with 56% of the vote, while cybersecurity and talent retention came in at second and third.

You don’t really have to look too hard to see why cybersecurity is such a big concern for businesses. Following the recent spate of high-profile cyber-attacks that have taken place over the years, many businesses are becoming increasingly wary about what they put online and how their data is stored.

Plus, with technological advances consistently on the rise, hackers are becoming smarter, faster and more calculated in their attacks. In order to avoid data theft, it is therefore imperative for businesses to consider their cybersecurity defence systems ahead of the new year kicking off.

During April 2020, what is currently known as the IR35 legislation is set to be replaced with the off-payroll tax. Originally introduced to counteract individual contractors avoiding paying tax, the new system – also known as IR35 – hands responsibility back to businesses.

Medium and large-sized private sector clients will soon be responsible for deciding whether off-payroll tax rules apply in their place of business. Depending on the size of the business involved, companies will need to review their off-payroll workforce and consider if any changes are required.

Failure to prepare for this change well enough in advance could result in severe financial and legal-based penalties. It’s therefore vital for businesses to keep on top of it as best they can.