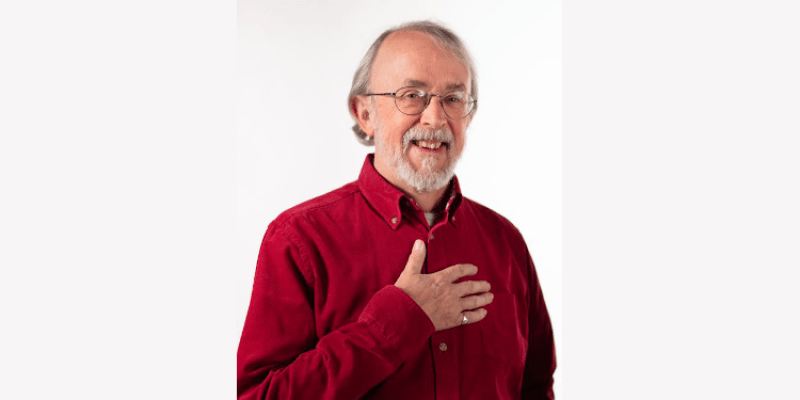 The University of the West of England (UWE), in partnership with Business West, runs an annual lecture series that brings top business leaders to Bristol. We caught up with Peter Lord, Co-Founder and Creative Director of Aardman Animations before his virtual address.

1. What makes a good story?

Of all the things I could touch upon, the single clearest one to me is: character.

In our medium – which is largely visual – it is so much a question of what our characters do that defines the story.

2. What are the benefits of a company, like Aardman, becoming employee owned?

2 or 3 years ago we chose to move the ownership of the company away from conventional ownership of just 2 partners into employee ownership.

That means that the company is now owned by a trust and it is kept in trust for the employees.

So, while you work there, for as long as you are working at Aardman, you are a member of that trust and therefore an owner of the company.

And importantly, nobody else is. There are no hidden externals owning bits of the company, as you so often get.

So, what does that mean? It means that the partners have a major sense of having a stake in the company.

This gives members a sense of ownership, a sense of belonging and a sense of being treated fairly at all times, because things are very transparent, and transparency is one of the great virtues of employee ownership.

If employees are the owners they need to know about things like the finances, not only how they stand but how they will work out [in the future]. They’re regularly kept informed about projects we’ve got coming up, so masses of information is being shared by everybody and the partners have a substantial voice.

That voice is funnelled through something we call the  ‘partner rep group’, which speaks directly to the board and the managing director about any concerns or issues.

The other thing for us – a big advantage for the company – is the way we hold on to independence, because we’ve always been independent, we’ve never been owned by anyone else.

Conventionally, companies sell out. Conventionally, if you are just interested in making as much money as possible you sell to some big corporation and you become just a thing to be transacted – something on the balance sheet.

But that’s not what the company is. It’s so much more important than that – it’s a creative, dynamic, living entity that exists to make great material – great films, great stuff for screens of any size.

3. What advice would you give to students looking to forge a career in animation?

In truth there are different answers to that.

There are some people who will get a career because of their ideas, because of the characters and the creations they come up with, whether that be a TV series for young children, a game you come up with or anything in between.

So, one way to make it is by having your own special, independent voice. That is a fantastic way to succeed and that is how we’ve made it. We started out by doing something that no one else was doing, and that puts you in a strong position.

Some lucky people will do that. They’ll start their own companies, using their own name and their own personality and style, and that’s great.

But that’s not the majority.

The majority will work successfully depending on how good they are. There’s no way around that.

The best people get the best jobs and come to the top, but the good news is in animation there is kind of a ladder. So, you can start in junior roles and gradually work your way up to the key roles.

You produce your own work, you stick it online, you’ve got your Instagram and your blog maybe and you make contacts because so much in this business is about making contacts, so generate your own online personality and presence.

When we’re looking for new people – animators, art directors, designers, production designers, character designers, all these people – we go straight to Instagram to look them up.

Whatever the current favoured platform is go for that. There’s no substitute for talent, hard work, energy, not giving up. You’ve heard these kinds of things before – I know – but it’s so true in our industry, that the determined people get their foot in the door.

I know it’s difficult to get a foot in the door, but it’s not impossible. It happens every day to dozens of people around the country.

Get that first start and keep your contacts – that circle of acquaintances and colleagues and depend on that because it’s so important.

This series of free public lectures brings top level business leaders to Bristol. You can discuss these events on Twitter using the hashtag #BristolLectures. For more information please contact events@uwe.ac.uk.