How to fail fast: Design Thinking for Innovation (Part 5 of 5)

In this five-part series, we give advice on how Design Thinking techniques can help you to develop impactful products from user insight. In part five of the series we look at ‘Experimentation’ which is the process of testing your early ideas with users.

In the final part of this five-part series, Sarah shares tips for how to build and test your ideas with users.

The Experimentation phase is based upon the ‘Fail Fast’ philosophy, where concepts and ideas are tested with users as soon as they are resolved enough to be demonstrated. It involves testing multiple ideas - with low fidelity prototypes - to allow the business to cut losses and ‘pivot’ to a better solution if something isn’t working.  This concept is common to Design Thinking and Lean Start-up Methodology.

It goes without saying that we need to have a range of promising ideas before we test them. If you have doubts about the quality of the ideas that you are testing, read parts 1-4 of this series which give a good grounding for generating good ideas.

Know when to quit

A key part of experimentation is knowing when to quit. Too many of us have been part of a project that was doomed to failure from day one – and this tendency to continue to invest in something that clearly isn’t working is known as the ‘sunk cost effect’, but failure isn’t necessarily easy to swallow. So how do we build a ‘failure-friendly’ environment that encourages experimentation to foster innovation?

Build a culture of feedback

As a young designer, I remember the sinking feeling every time my work was critiqued. Unfortunately due to mostly critical feedback during my first few years of work, I became quite insecure about my work; I was defensive and handled feedback very poorly.

A new manager joined the team and suggested meeting weekly.

In our first session, she began with ‘the standard of your work is good, but other members of the team are finding you difficult to work with.’

However - after three years - I realised that this was the first time that I had positive or neutral feedback about the standard of my work - and the impact was dramatic. After just a couple of these feedback sessions, colleagues remarked upon a significant improvement in my attitude.

I share my experience to illustrate how important it is to build a culture of feedback. In order to be prepared to fail and make good judgements in their work, team members need to know when their work is good or okay so that they can accept the innate failure and criticism that is part of innovating. A team without a culture of feedback will find it very difficult to embrace a ‘fail fast’ philosophy.

Identify what to test

For Experimentation, the most important thing is to decide which elements of the system/service/product you need to test. Where are your unknowns? Which parts of the system or product are most critical?

For instance, imagine that you have a concept for a wearable wrist band that will allow customers to automatically scan items in the supermarket, as they pick them up.

In this case, initially it would probably be far more useful to test the interaction of scanning a product as the user picks it up - and the feedback that a customer needs rather than testing the look and feel of the band itself.

The method of interaction is much newer than the aesthetic design of a wristband.

Engineers often use the word ‘prototype’ to describe something that has taken months if not years to develop. Low fidelity prototypes, on the other hand should take up to a day or so to create.

The art is - to determine the best way to bring the concept to life with as little development time and resource as possible. The team are much less likely to be ‘precious’ about something that is rough and ready and it often prevents users from fixating on details of the design too early.

It is also worth noting that to avoid bias, prototypes should be resolved to a similar level i.e. it is an unfair test if only one prototype is functional.

Here are some ideas for how you might go about prototyping your concepts.

2.Prototyping a concept for a bag, using paper and card.
https://www.carryology.com/bags/moondarra-expanding-backpacks-contextual-use-2/

3.Prototyping a range of soap dispensers using foam forms with off the shelf soap pumps.
http://www.markermaker.co.uk/prototyping 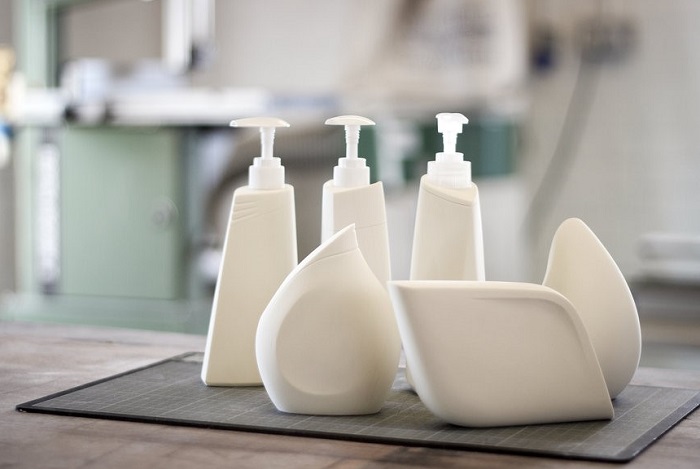 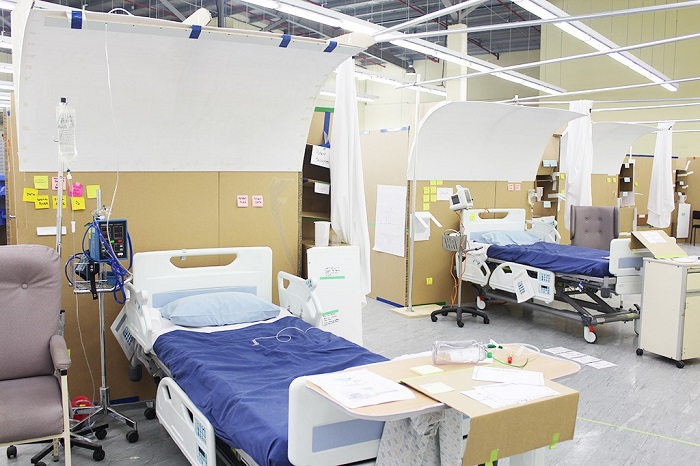 I hope that this blog inspires you to test your concepts early in the process, using low-fi prototypes to determine what does/doesn’t work to give you assurance of the direction to take.

In this blog series, I have omitted the final ‘Evolution’ stage of the Design Thinking approach as it varies for each individual project. With wide briefs, Experimentation may feed into a second Interpretation phase to help to resolve the concept prior to development, whereas with near-in briefs, development may be more linear, towards a more resolved prototype, or product manufacture.

About the author
Sarah Dickins, Business West’s design innovation specialist, has over the past five years worked with established R&D teams in companies such as Sony Electronics, Unilever and Walgreens Boots Alliance, helping them to innovate and create new products.

More in the series:

Read Part 2: Why you should begin every project with Discovery: Design Thinking

Read Part 4: How to have great ideas: Design Thinking for Innovation