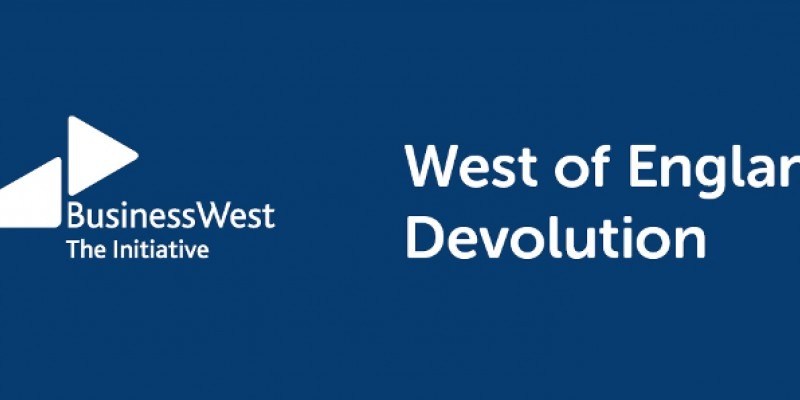 In May, local people in Bristol, South Gloucestershire and Bath & North East Somerset will be electing a new Mayor for the West of England as part of a devolution agreement struck between the three councils and central government. This will be a step change in the way the West of England operates and has the potential to help tackle some of the most pressing issues in the region, such as road congestion, housing availability and inequality.

Devolution is a process which allows local areas to gain greater control over the way they are governed. It involves the transfer of various powers from central government to a local or regional administration.

Devolution is important in that it allows decisions to be made at a local level, based upon local insights and local needs – the rationale is that these decisions will deliver better outcomes than those made by central government in London.

Since the former Chancellor George Osborne first set out his vision for the ‘Northern Powerhouse’ in 2014, there has been a move toward the devolution of certain powers and responsibilities from Westminster to key city regions around England.

What is West of England Devolution Deal?

Last year, three councils in the West of England – Bristol, South Gloucestershire and Bath & North East Somerset – agreed to a devolution deal with central government. The original deal, announced in the March 2016 budget, also included North Somerset – however, the council withdrew from the deal in June 2016.

Under the terms of the deal, the three councils will form a combined authority and elect a new West of England Mayor. In return, the West of England Combined Authority will receive new powers from Westminster over housing, transport and skills, as well as an additional £900m over 30 years (£30m per year) to invest in key infrastructure projects and public services.

Is this happening anywhere else in England?

There are six other city regions which have devolution agreements with central government to establish a combined authority and elect a regional Mayor in May 2017:

What is the West of England Combined Authority?

WECA will have three constituent members, who are the respective leaders of Bristol City Council, South Gloucestershire Council and Bath & North East Somerset Council, and it will be chaired by the West of England Mayor.

The WECA cabinet will be as follows:

The purpose of establishing a combined authority is to improve the way that councils collaborate with each other over issues, like transport or housing, that require joined-up planning across the council boundaries.

Why will we be electing a West of England Mayor?

An integral part of each devolution deal is the introduction of a directly-elected Mayor to chair the newly established combined authority. The rationale behind having an elected Mayor is that it will provide clearer lines of accountability and transparency for the public to engage with policy decisions made in their local area. In this sense, a West of England Mayor has the potential to demonstrate strong leadership and promote an ambitious vision for the region.

Nevertheless, the requirement to introduce a directly-elected mayor as part of these agreements has been a controversial sticking point for many devolution deals around the country, with several local authorities actively opposed to the idea.

Notably, North Somerset cited the imposition of the West of England Mayor as a reason for withdrawing from the devolution deal.

The West of England Mayor will be responsible for setting the strategy for the region and will have powers over issues such as housing, transport and skills.

What will the West of England Mayor and Combined Authority be able to do?

Some of the potential benefits from the devolution deal include:

Will the Councils have less power than WECA?

WECA will not take any existing powers and functions away from the councils, instead it will be receiving additional powers and functions from central government. WECA should not be seen as an additional layer of bureaucracy sitting above the councils, rather it is a governing body that facilitates collaboration and joined-up working between the three councils in the combined authority.

How will the West of England Mayor be different from a City Mayor or a Lord Mayor?

From May 2017, Bristol will be in the relatively unique position of having three different Mayors operating within the city at the same time: the Lord Mayor of Bristol, the Mayor of Bristol and the West of England Mayor. 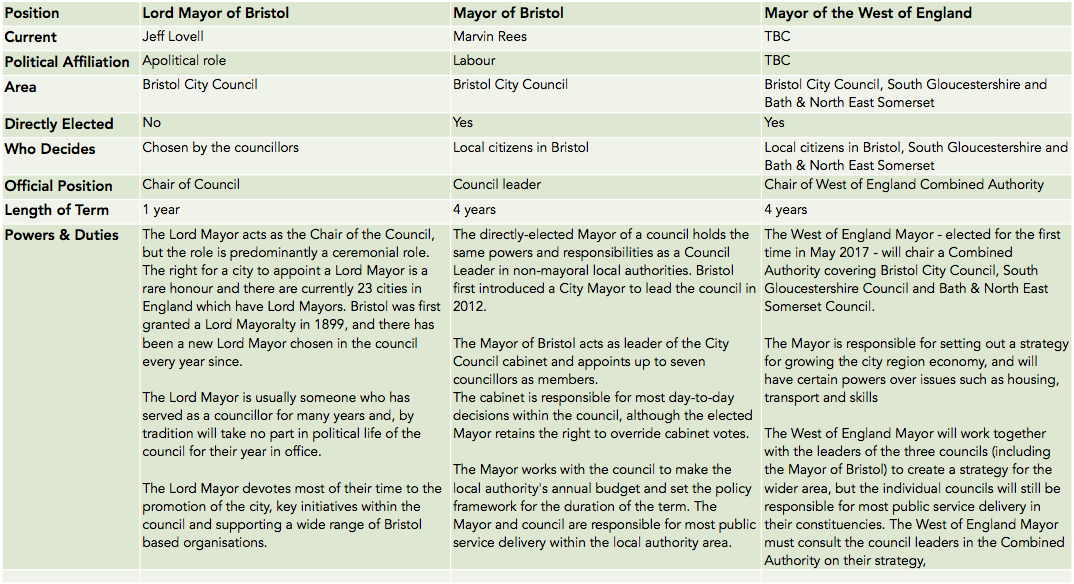 Who are the candidates for West of England Mayor?

The following candidates for West of England Mayor have been announced:

How and when will the West of England Mayor be elected?

Elections for the West of England Mayor will be held on the 4th May 2017. The elections will be based around a supplementary vote system with a first and second preference vote – the same as the Bristol Mayoral elections.

The second election will be in May 2021, and then every four years after that. There is no term limit set on regional Mayors, and so candidates can bid for re-election indefinitely if they so wish.

Where can I find more information?

For more information on devolution, download our guide ‘A guide to devolution, metro mayors and the West of England’ at www.businesswest.co.uk/resources.